Duke is in a hotel. He's not a dancer but the chicks might be in the ballroom?
He must roam the hotel to find the access key to the ballroom. When he unlock and enter the ballroom.....he gets disappointed. The chicks are looking ugly and they grunt!
From there he must locate more keycards and switches, clinse out the vermin and run for the helicopter.
The level is very well designed with lots of attention to details and ambiance. Texturing is top notch and lighting / shading is taken care of but could have been better.
As the level unfolds there are more weapons to be picked up. Ammo and health kits are distributed in a good way.
A 15 minutes before check-out. 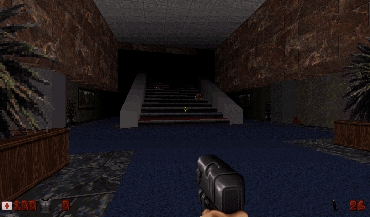 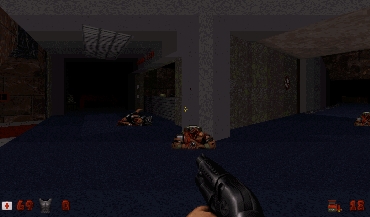 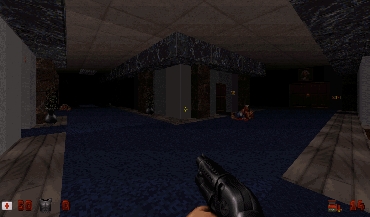 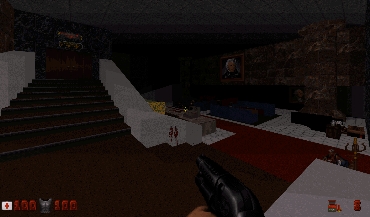 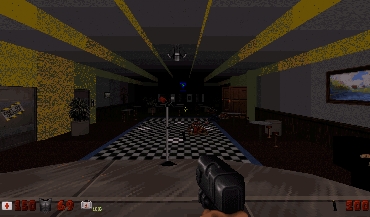 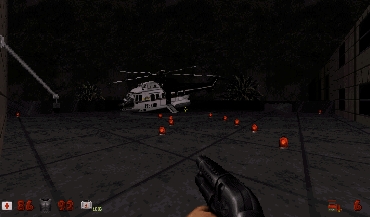