The layout is pretty open and the player can spend quite a bit of time wandering around trying to find cards, locks, and switches. It's not too unpleasant though as the design and detailing are fairly good.
There are a lot of effects, constant ambient sounds, nice texture combinations, and solid architecture.
Moving through the level is almost like climbing around in a giant jungle-gym with all the lifts, ventilation shafts, underwater tubes, ramps, stairs, platforms, and various other structures and passages.
There are quite a few aliens spread around the map and the given firepower to deal with them is way over-board in favor of the player, but healing items are only found in a few places. More fun than a barrel of monkeys. With power tools. 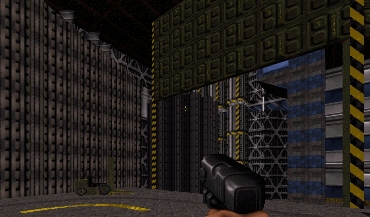 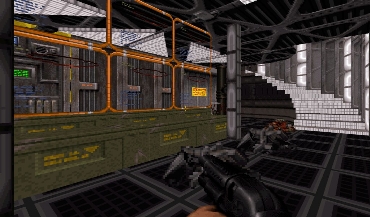 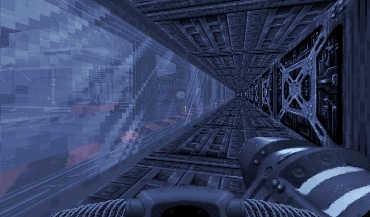 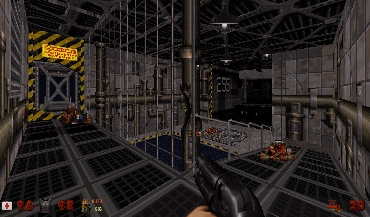