An island town and base located at the tops of cliffs.
The first section of the map involves the player climbing a rock face to get to small community of living quarters and housing. The area is fairly large and open allowing for alot of room to move about while exploring. There's a slight variety to most of the buildings, but they are still pretty much squat and squarish. Aside from this, the lack of good shading, and some minor aesthetic imperfections there's plenty of background scenery and an abundance of sprite work and interesting structures, like the bridge connecting the two islands, to keep things engaging and eye catching.
The second portion of the level consists of a storage and shipping lot full of crates and a barricaded gun emplacement.
There are a few issues with the map; corrupt sectors cause sprites to flash in and out of visibility and to clip through some of the sector work.
Also the ladders don't work quite right. The player gets part way up then stops, causing them to try to jump around the faulty rungs.

Game play is composed of finding and hitting a few buttons and fighting off swarms of aliens in order to knock out the gun emplacement.
On the main island a view screen shows where all the buttons are hidden, but other than a few token monsters lurking around, enemy engagements are mainly dealing with what seems a random horde spawned from one side of the playing field to the other once one of the buttons is approached.
Through the gate is where the map has a design flaw. The player is supposed to run across the bridge, which blows up at a certain point. If you aren't in the exact right spot, you miss the girders when you fall and either splat below or hit the ground hard and now you're stuck. The player can also get under the bridge prior to this sequenced event, avoid the explosion, and navigate across in relative ease.
Once on the smaller island the site is quite a bit limited in size so things tighten up a bit with alien placement and the action is more intense.
The map is well balanced: ammo and supplies are dutifully scattered all over the place and weapons are provided a few at a time.
Only so many rounds are provided for each gun so switching around and making use of them all gives an additional variety to the fire fights.
In spite of some flaws the level is still quite enjoyable and has a nice atmosphere. 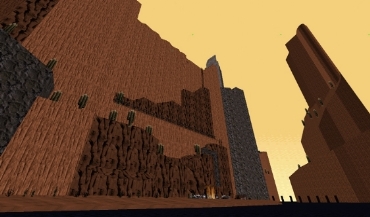 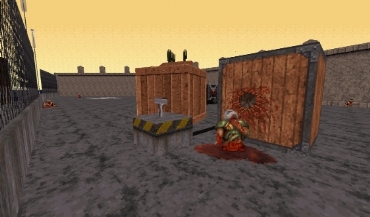 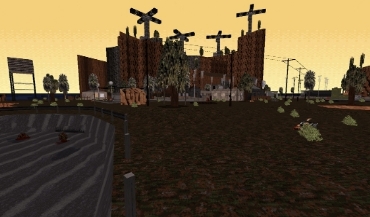 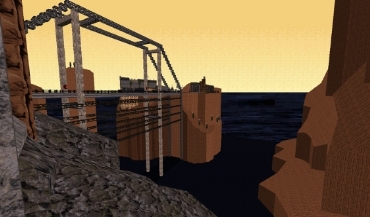 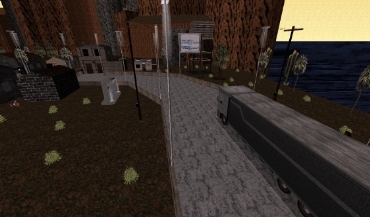 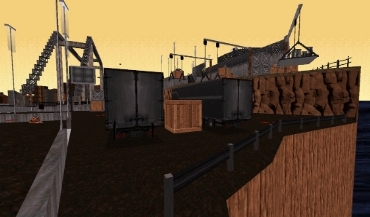