An EDF space station that's been overrun by aliens. Duke must make his way to the bridge in order to get to the source of the invasion and take out the leader.
The map is made up using typical space station corridors and control rooms along with a few storage warehouses and some toxic chemical treatment rooms. There's also a section where the player must exit the station and spacewalk to reach a docked ship. This sequence is simulated by using under water sectors which suits its purpose, but the bubbles detract from the ambiance.
The layout is basically linear with a corridor in the space craft that circles back on itself and contains a few rooms branching off from it.
There are a few design quirks to contend with. For some reason the hurtall floor texture was used extensively and the player gets electrocuted quite a often when walking around. There's a crane in one of the storage rooms that randomly clips the player into another section of the map instead of dropping them off on the upper conveyor. For some reason there's multitude of pig cops in a space map and these are usually associated with earth based city maps.

The game play of the map is a key card hunt. The layout is fairly simple and the keys aren't far off from the door they operate. There's a simple minor puzzle to solve in order to get the yellow key. The only slowdown is the obscure touch plate on the bridge which opens a door to a teleporter.
Combat is extremely unbalanced and provides virtually no challenge. There is so much ammo and so many health kits and atomic health that it's ridiculous. Even the boss fight provides no competition. It's set up in a cramped little room with tons of resources and the player can win without even firing a shot since the boss will ultimately kill itself due to the close proximity of the walls surrounding it. 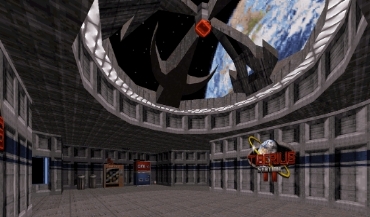 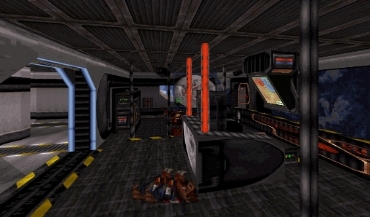 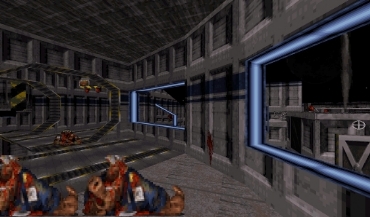 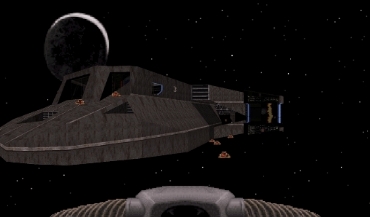 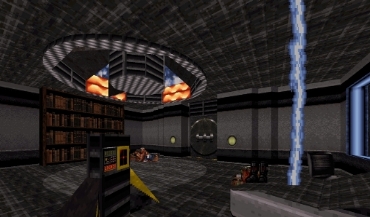 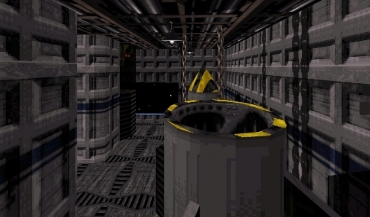