A large canyon moonbase/refinery map.
A puzzle styled map; use a key and figure out what you just unlocked. Flip a switch, search out what just unlocked. Find the battery and put it in its slot, what the hell did I just unlock?
This map is filled with locked doors that are opened in a consecutive sequence in order to advance further into the map. Plan for a lot of doubling back to search for the door that you just opened. One hint that helps is when you unlock a door; there's usually enemy spawned in the general direction you need to go. The presence of view screens is limited so you'll only get a little help. The other hint is verbal; "That's the second time those alien bastards have shot down my ride" So guess where you need to go back to?
The level is inhabited by plenty of enemy, some with enhanced weaponry or toughness.
The bedrone are more deadly and harder to fight than the bosses. Ammo and weapons are present in adequate amounts to handle them. Health is scarce and I spent just as much time tanking up at the water fountain and sucking down toilet water as I did exploring the map.
The map has a nice layout that loops in and out of the canyon hub area. Texturing and detailing are consistent, and with the strong shading and background depth, the feeling of actually having crash landed in a canyon base is profound. The hardest parts are finding the first key and staying alive. 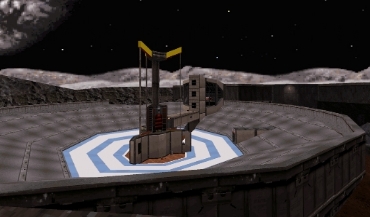 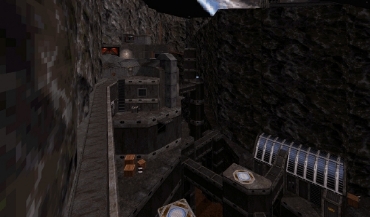 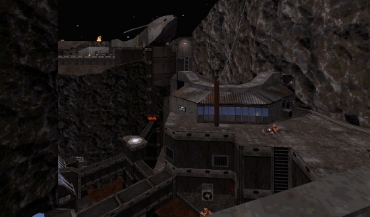 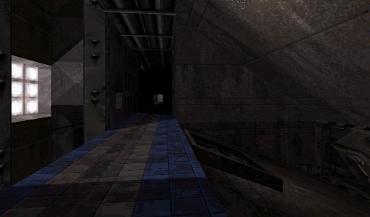 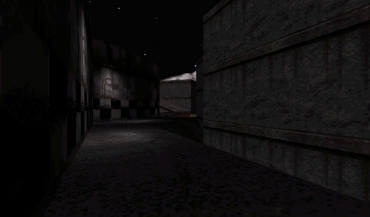 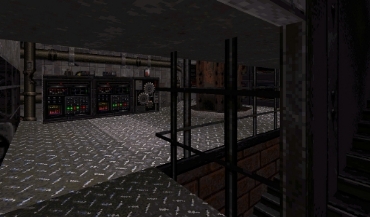