A level based on a brewery.

The map starts out in a cliff lined valley outside the brewery, moves through the structure, and then finishes up in a small old-west styled ghost town & train station behind the factory.
Navigation consists of lifts, swimming around in beer vats, riding conveyor belts, and traversing several staircases, all while trying to get through the bottling sections and the shipping bays.
Aside from several annoying invisible walls, with some that can be clipped through to speed-run the map, the construction is fairly decent and eye pleasing.
The texturing and shading are well done and the amount of spritework is enormous. There is detailing, buildings, and architecture constructed entirely of sprites.
The strengths of the map are also its weakness. While most of it looks really good, it also makes it difficult to move around in some locations. There is a tendency to get squished by accidentally clipping into or under it, and the enemies will shoot the player through it or clip past it themselves. It kinda sucks to be standing at the top of a staircase shooting at a room full of enemies, just to have one blast you through the floor you're standing on.
Game play consists of hunting down switches and locks, then figuring out what was just opened. More times than not the activator and the lock are not in close proximity of each other. It can be pretty bothersome, but luckily the map isn't that big, so a little perseverance goes a long way.
The ending is a bit quirky as the little panel that holds the yellow key doesn't open very easily and takes some angling to get it to operate properly. It's also not entirely obvious what the yellow key unlocks. Typically barred gates open automatically instead needing to be raised manually, and the bars individually.
Most of the aliens are lumped together at key locations and junctions, so combat wanes and waxes. Weapon selection may be limited and ammo a bit scarce, but healing items are in abundance, so it's more likely that the environment will kill you before the aliens do.
More fun than a microsoft word mascot. 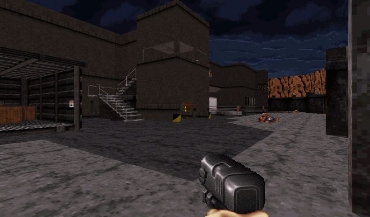 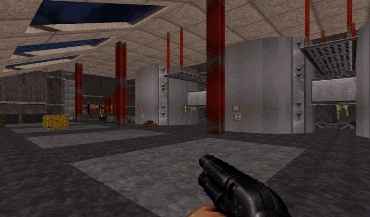 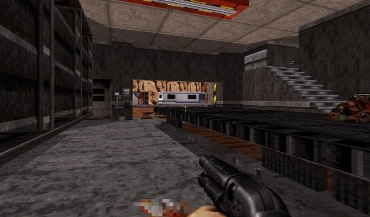 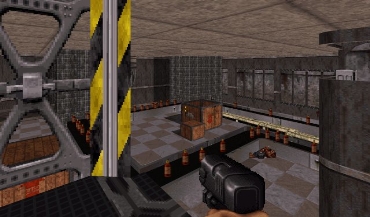 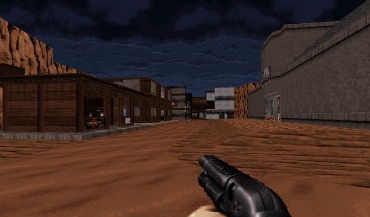 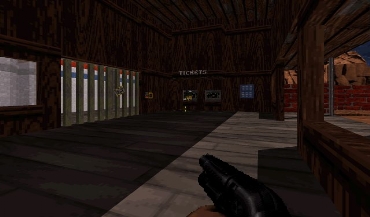