It has an open floorplan mainly designed for multiplayer, which allows the player to pretty much go anywhere they please, but it does manage to pull it off as a single player level as well.
The construction, detailing, and architecture are pretty solid, but the shading and trimming could be a bit better. It makes a few areas to look either bright and washed out, or flat and dark. Otherwise it's a nice looking map.
There are four main buildings; a couple only have some minor rooms, one has a mall plaza, another contains a library and an underground sewer system.
The bulk of the level is out in the streets and alleyways, along with the subway system that runs the circumference of the map.
For some scenery contrast there's also a nice little central park, and one of the street sections is a deep chasm full of rocky outcrops as the result of an earthquake.
The objective is to seek out three key cards and return to the start point. There's no real puzzles or anything, it's just a matter of exploring around enough to happen upon them.
Weapons, ammo, and enemies are plentiful. It's the bulk of the healing items that are stashed and have to be ferreted out through the first half or so of the map that is the challenge.
More fun than a missing sock. 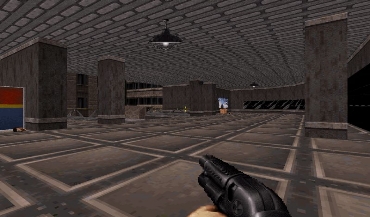 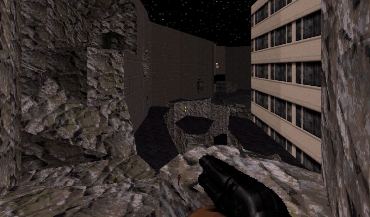 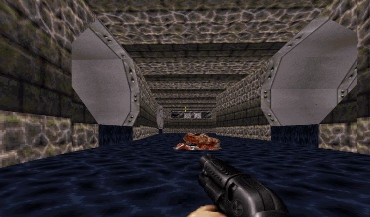 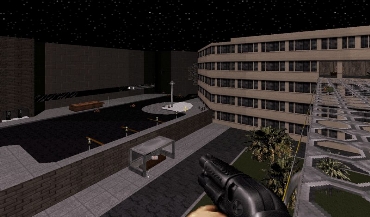 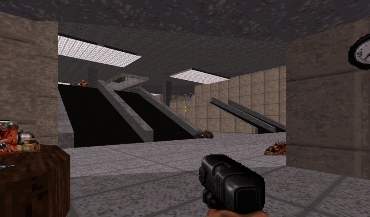