An EDF moon base styled map.
A pretty solid piece of work; good texture and palette combinations, nice lighting effects, strong shading, and a fair amount of detailing. The only thing really absent is trimwork in several rooms and hallways. Overall a very nice atmosphere of an abandoned lunar facility.
Some parts are still functional, some show serious damage and wear, while others are getting turned into a hive by the aliens. The level is huge, but is actually pretty simple to navigate if taken a piece at a time. Each primary section is basically split between an upper deck and a lower deck accessed via elevators. Clear these areas out then jump on the subway to the next section.

Game play is a key card hunt.And I do mean hunt.
If the player starts skipping sections, jumping into subways, and randomly wandering around, they shouldn't act surprised when they get lost or are way on the other side of the map standing in front of a lock with no key. Systematic exploration pays off; not only by staying on track and not getting lost, but by finding all the stashes of supplies to make life a bit easier against the numerous alien encounters. 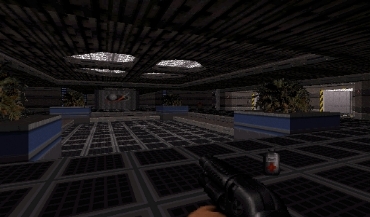 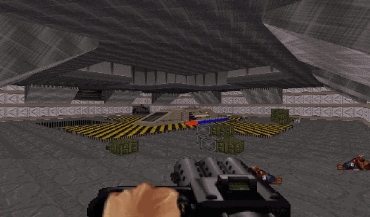 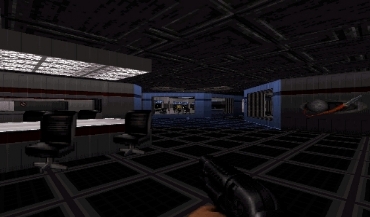 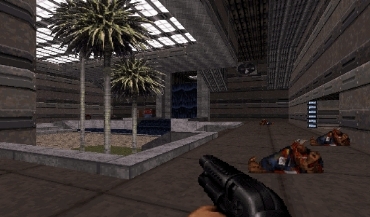 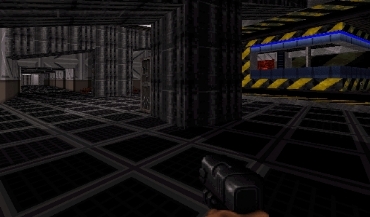 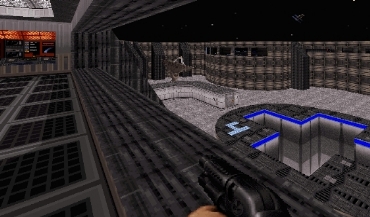