A huge EDF moonbase.
Mostly made up mostly of storage rooms, barracks and crew's quarters, conference rooms, libraries, control rooms, and endless mazes of corridors, there's also an aquarium, an atrium, abandoned parts of the station, and a subway system.
A very basic map; construction is very squared and blocky, shading is strong in some areas, but very weak in most, and texturing can be a bit sloppy at times.
Detailing is very minimal; several rooms are empty of all but the most basic of furnishings and made in a cookie-cutter style. On top of that the texturing is very redundant and one area looks just like all the rest.
The layout is wide open and is an enormous collection of similar rooms along a series of similar hallways. It's incredibly easy to get turned around regardless of the corridor lettering system.
The presence of outdoor scenery is the main saving grace for any depth and atmosphere which helps offset the sterile indoor environment.

Game play is basically finding your way out.
The map is a converted DM level and it shows. There are some switches, but they're mainly for locking doors to keep your opponent from following you. In single player they serve no purpose unless you want to lock yourself out of certain areas.
There are no puzzles to speak of; merely explore around until you happen onto the exit. It could take you five minutes, it could take you a half an hour depending on which direction you chose and how lost you get.
Alien encounters and supplies are also remnant of being a DM map. The aliens are randomly placed around the map and the weapons and health are set for a death match since it's too powerful for the amount and type of enemies, and there's way too much of it. 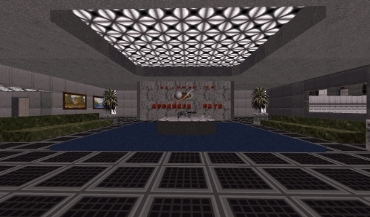 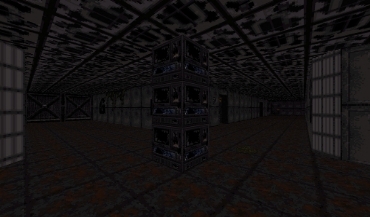 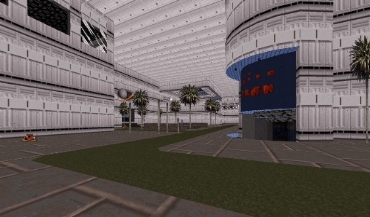 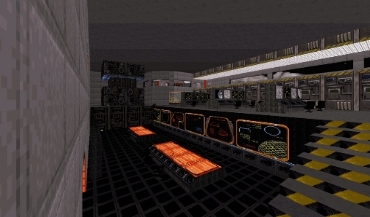 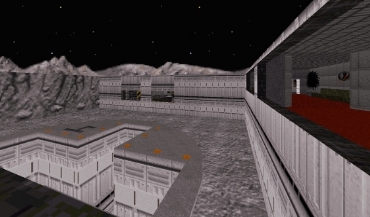 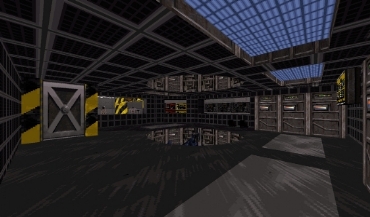