A three map mini-episode which can be played in classic mode, or 32 bit if you want the skybox.

The first map is a mixed bag of urban, temple, and alien hive with a few indoor locations, but mostly large open outdoor areas. The second and third maps are more temple oriented with enormous outdoor sections.
The first map is set up in a series of hub areas with branches spurring off. Progression is basically linear as the player completes the tasks of one branch which allows access to another section, then backtracks to the hub and repeats the process until the next major hub is open for exploration.
The second map is very short and consists of a large river canyon and an open field filled with small structures.
The last map is mainly a collection of temple ramps and terraces that ascend until the pinnacle is reached. Overall the design is pretty basic with alot of open empty spaces, blocky architecture with squared off areas, and some odd texture combinations.

Game play in the first level is a set of button seeking puzzles followed by a key card hunt. In the first half, finding the buttons isn't too difficult, but with no view screens or clues it's not always obvious what opened. With the maps large open areas it may cause quite a bit of additional time looking around to discover the revealed path. Also some creative acrobatics in the second major hub can gain access to an out of play area which allows the player to reach the end section without acquiring the red or yellow keys and bypassing several large portions of the map.
The second level is mainly a button finding expedition. Being rather short it's not that difficult to complete once the player figures out how to cross the river canyon.
The last map is a bit larger than the second, but not quite as long as the first. Mostly this map involves finding a key so the player can reach the top of the temple structure.
Combat in all three maps is basically a series of enormous battles on a ridiculous scale. Every time a button puzzle is solved, a key is used, a certain section is entered, or a new area is opened up the player must fight off swarms of dozens and dozens of aliens. There are plenty of supplies and weaponry to accomplish this, but after the one trick pony can get tedious. It's enjoyable to blast away at aliens, but the redundancy of dealing with fire fights of huge proportions over and over can make the experience a bit lackluster. Sometimes it's best just to draw them off to one side of the map then avoid them altogether. 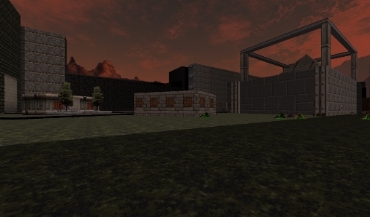 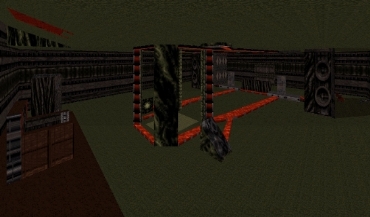 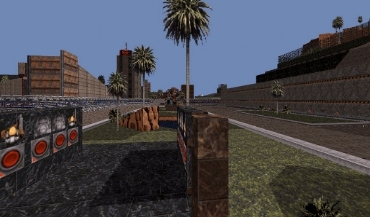 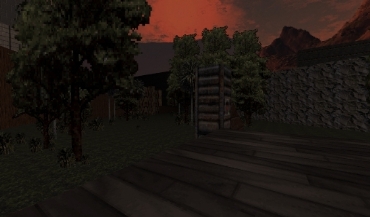 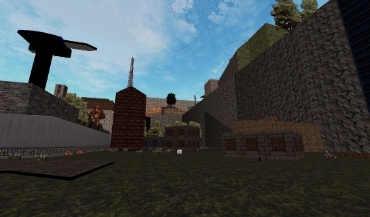 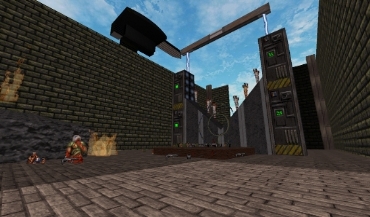