The floorplan is wide open, so this is a hide n' seek map.
The objective is to wander around looking in every nook and crannie for keys and their partnering locks. With the level being pretty sizable and extensive with several multistory, multi-room buildings, this could take awhile.
It's nicely constructed and decently trimmed out and detailed, but more shading and a higher frequency of ambient sounds would have really given this map an atmosphere with some depth.
Aside from the shortcomings, it gets by well enough on the variety of locations and elevation shifts during travel.
The player starts out in a foyer of a building and under fire from several directions; it's best to pick a compass point and go.
There are stashes of weapons and supplies spread out through the map, so eventually one will be found allowing the fight to be taken to the enemy. After that it's pretty much a matter of methodically searching until a key, then it's lock are found.
There are a few annoyances for the player because the mapper had a sadistic streak. Included for the player's pleasure are decoy keys, which are identified by their atypical color and resistance to being picked up.
There are also fake cracks everywhere that are used for nothing more than decoration detailing.
For some reason there's also a fake jetpak. Topping it off the end button is a pain to find as it's hidden behind a wall with the only discernible clue of its location being a barely noticeable red dot on the floor in front of it.
More fun than self-flagellation. 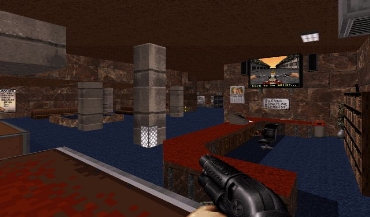 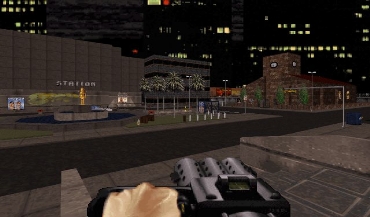 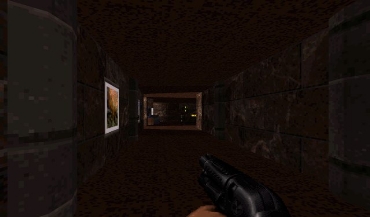 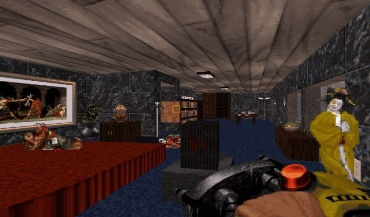 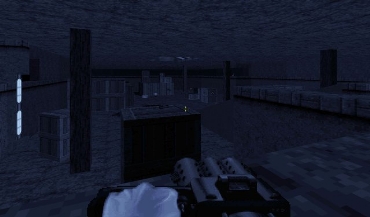 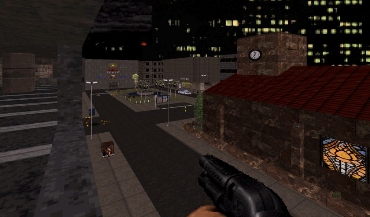