Duke is on a well deserved vacation. He's staying at hotel, a large hotel, but something doesn't feel right. The staff are ugly looking....so he decide to check it out.
The design is very simple as the map is from 1996 and one of the authors first attempts at Build.
There are lots of loooong corridors, empty rooms and few details. Texturing is on the average. No ambiant sounds, No shading / lighting.
You'll be facing tons of weapons, ammo and healing items along the route.
15 minutes including a boss fight. 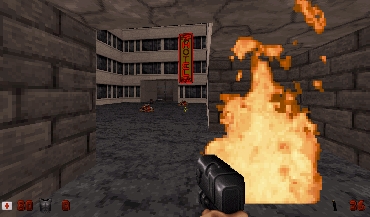 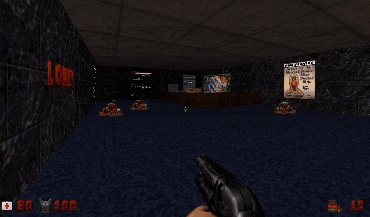 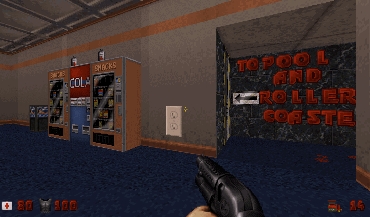 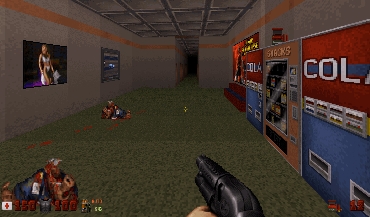 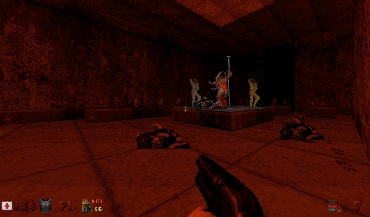