An EDF space ship.
The theme is more Star Trek like than space junker. Everything is pretty clean and antiseptic looking. Detailing and architecture can be a bit minimalistic and repetitive, but not to the point where it feels empty. The map could have used some sounds to really enhance the atmosphere though.

Game play is a card hunt. It's a pretty straight forward delve deep into the craft then return to the lock style.
There are a couple button puzzles as well that usually open something nearby. The most interesting is making a nuke sign with lights to unlock a teleporter. The only slowdown is a switch that opens a service hatch. It's not labeled very well, there are no view screens, and the hatch is on a different floor than the switch. It's just a little confusing on the progress in that one instance.
A quirk in the map is a door in an office that opens an adjoining room. The door will slam shut behind the player trapping them. Just stand in the sill as the door tries to close; it will open back up and stay open.
There's a decent variety of weapons and aliens, and though combat can be sporadic and there are several times of behind the back spawns, the level is pretty well balanced. 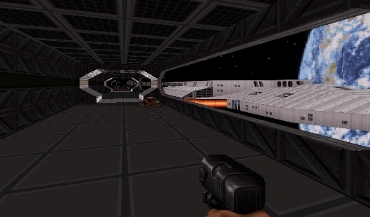 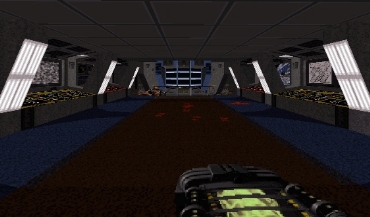 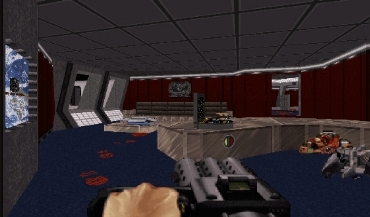 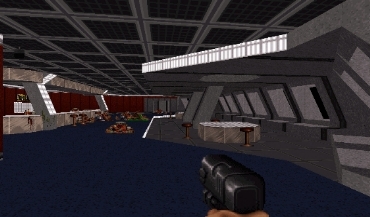 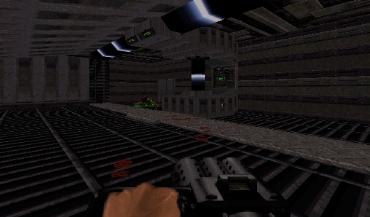 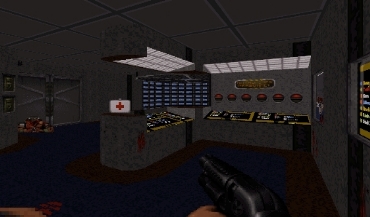