A city styled map consisting of sewers, a street section, and a few indoor locations such as a theatre and a jail.
Overall the visuals are pretty sterile. Other than a few sounds, a couple lighting effects, and the smattering of palletes in some rooms, everything else is blocky, unshaded, and under detailed. Narrow and empty winding hallways are also overused adding to the simplistic feel of the level.
The layout is also pretty basic and mostly linear; add in a few rooms that seem to serve no purpose and it appears like the map was just pushed out the door unfinished.

Game play is a key card hunt with a few throw the switch and find the unlocked door styled puzzles.
The only real challenge lies with ammunition being quite stingy and the player has a good chance of running out of bullets before finding another stash. This does force the player to make use of multiple weapons, but the downside of that is possibly being stuck with nothing but explosives while trying to navigate the cramped sections. 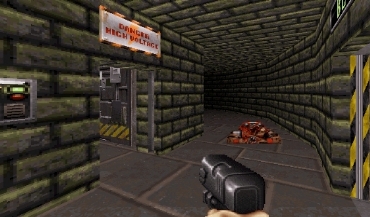 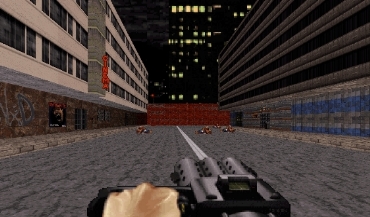 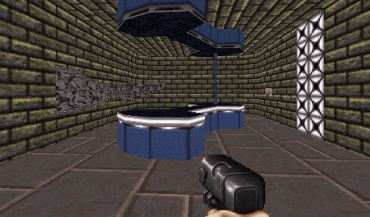 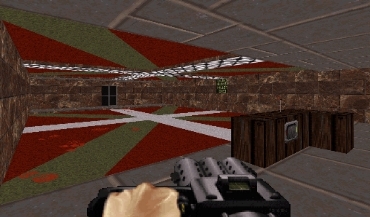 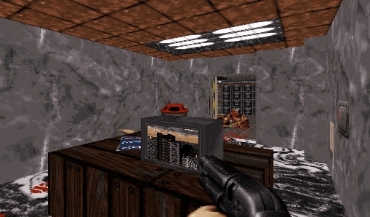