An alternate universe styled map.
Duke travels through a portal located in a laboratory and finds himself in an alternate reality with different laws of physics.
The level is pretty wild looking with multitudes of different environments created by implementing various effects and combinations of transcendental texture themes.
The construction is actually pretty basic and most of the map consists of wide corridors, hallways, and passages, but the odd detailing and weird atmospheres detract from noticing the simplicity.

Game play is mostly an exploration journey.
The player is required to traverse several sections independently in order to open a new portal and reach the exit. In simplest terms each location must be walked through until running into a dead end at which time one increment in the process of opening a lock is triggered.
There's no immediate indication that the goal in each individual section is achieved. The player is required to return to the instructions sign and observe an indicator to determine if the area has been properly explored.
Some areas are easier than others; in a few a short walk down a hall is all it takes, while others have switches and buttons to find or may have passages hidden behind masked walls. None are really overly complicated.
Supply to enemy ratio is well balanced throughout and the final battle is fun but can be disorientating. 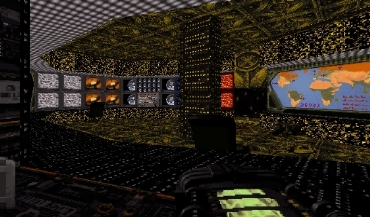 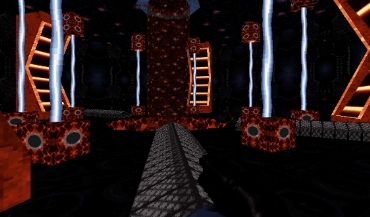 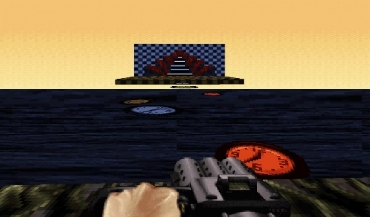 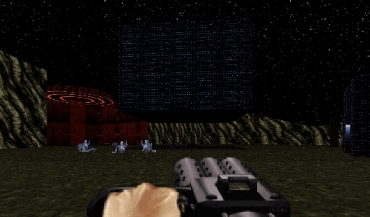 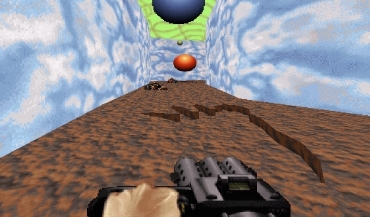