The premise is to transport yourself out of a hub area to different locations, solve the puzzles, return to the hub, and open up a forcefield.
There's no real set theme, and most areas only vaguely resemble familiar environments; one area looks a little like it might be a wing in a hospital, another sections looks like some kind of mud and ooze flooded industrial plant. There's what looks like an empty warehouse basement, and there's also a rather nondescript maze with walls of assorted textures. Generally everything is gloomy and done in shades of browns and greens. Even though most areas are pretty boxy, and the author has a thing for ventilation grating and fans, it's decently detailed out.
Game play is mostly about finding switches, then trying to figure out what unlocked. After that the player is rewarded with the key they need to open the final force-barrier, just to have to use it to escape from the dream-location they're currently trapped in. Repeat this several times until the section relents and lets the player collect the final key and return to the hub.
Combat is balanced, but tedious. There are a lot of healing items, a few heavy weapons, and limited ammo for the heavy weapons. It mostly depends on which gate is entered first, but a good portion of time is spent putting hundreds of pistol rounds into aliens.
More fun that organizing m&m's by color. 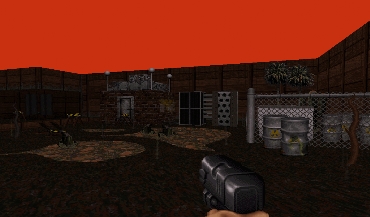 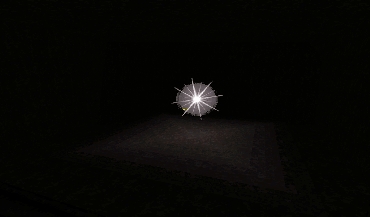 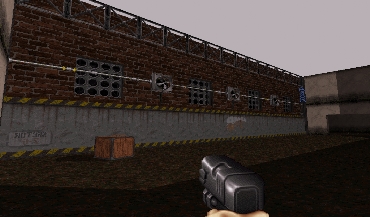 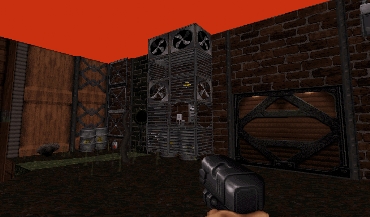 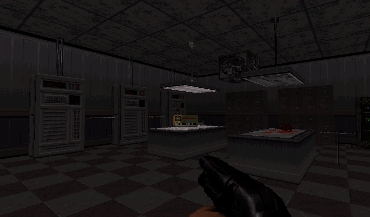 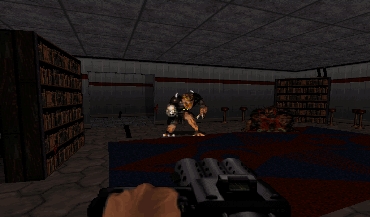