From the maker of Beam Me Up Scotty comes the second in a series of lost maps! Bob 2: Moon Subway is a fascinating little relic of a space map that, true to name, revolves around a subway on the moon.

As the name suggests, the map revolves around a subway on the moon. The subway itself runs without flaw and stops at two stations. Duke's job is to clear out the map, find the keycards, and seek out the nukebutton.
This map 'feels' as if it were one of Bob's earlier maps. The map holds several minor issues that are usually caused by inexperience or a rushed map.
Robert makes extensive use of good, strong shadows and cyclers, adding a dark, dank atmosphere to the map; unfortunately, some of these beautiful shadows have no light sources. A variety of textures are used fairly well, but many are stretched or compressed, and many, many textures are misaligned. One of the secret areas relies on a 'misaligned' texture to hint you towards its location; unfortunately, most of the textures are misaligned.I found it by chance.

As the readme file mentions, there are several interesting effects, including the 'rotating laser beam' effect and quite a few rotating sectors, although some of them seem to be in very odd places.

Gameplay is fairly balanced. Ammo and health might be difficult to locate at first, although this may be because I accidentally skipped to the wrong station. You'll be facing a horde of pigcops and a few liztroopers with your trusty shotgun and...well, that's about it. Eventually you'll find an RPG as well.
As a final note, beware the trashcans. Some spawn pigcops.
This map doesn't contain the visual quality that most modern maps display, but its gameplay is worthy of a run-through. Go ahead, you know you want to. 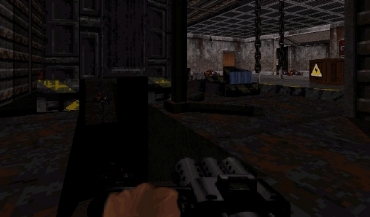 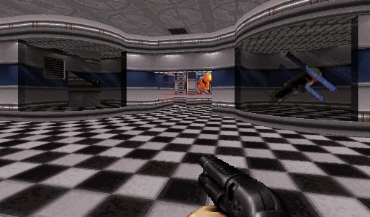 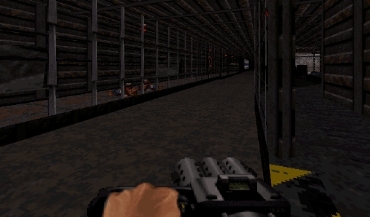 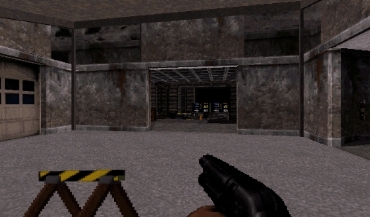 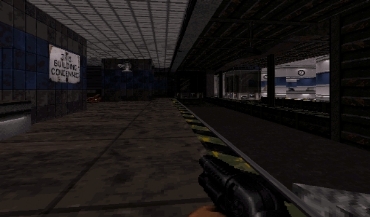 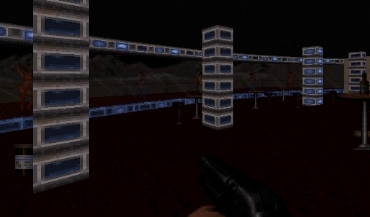