A medium sized map taking place in the corridors of an office building.
The same texture was used throughout almost the entire map, and due to the lack of trimming and detailing to break up the monotony, the map looks rather dull. Sub par shading and blocky architecture don't help matters much making this map worse than walking down sterile hospital corridors. There's also an issue of everything being over-sized.

While the basic layout is decent enough; being comprised entirely of nothing but hallways (even the bathrooms are "hallway" like) makes exploring rather uninteresting. There are no keys to find and only a single switch to seek out that unlocks the one door that stands in your way. The premise of the map is to shoot as many pig cops as you can find (and there's plenty) while navigating the maze of corridors until you reach the exit.
The arsenal is limited to the shotgun and pistol, there's plenty of ammunition to last, but health can be quite scarce at times, especially in the beginning. 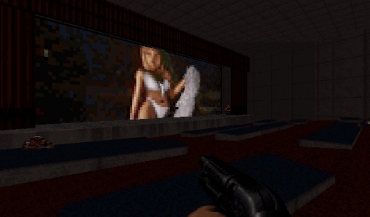 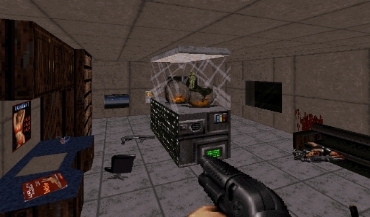 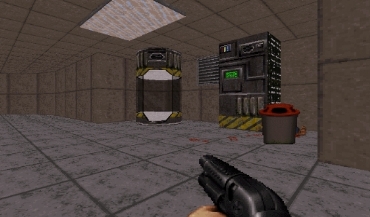 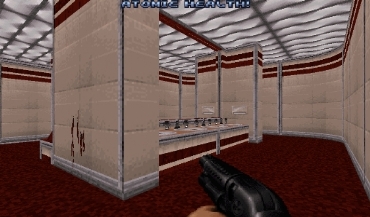 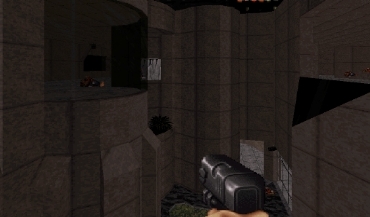 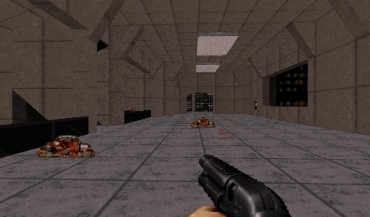