An open, outdoor map consisting of a rock-walled maze, a small keep, and a train with a few stations.
The map appears to have been rushed a bit during construction. The choice of texturing doesn't transition from one portion of the map to the next very well and was used in "chunks". One part of the map used mostly one texture, then a different texture was used mostly for the next section of the map. In some areas a solid black wall was used as the map's game play boundry and just looked very out of place.
Detailing and shading were lacking and the architecture work was there, but sparse.

The map is very non-linear and wide open with a simple layout. Quite a bit of exploring to find the two well hidden key cards is the main objective, but surviving the raging hordes of pigcops scattered throughout the map might take immediate precedence. There's tons of ammunition for the limited arsenal and more than enough health to give Duke quite the advantage.
Definitely a map for those that like nothing more than blasting droves of alien scum. 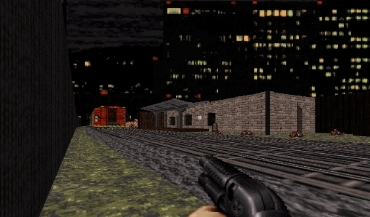 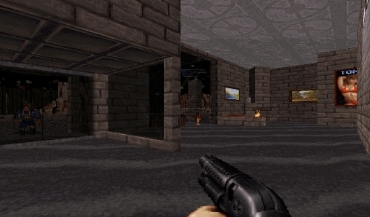 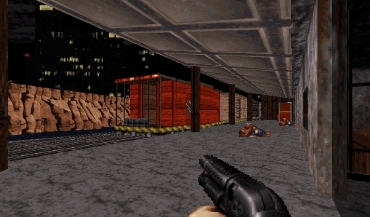 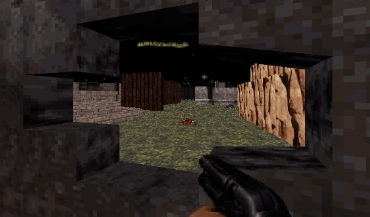 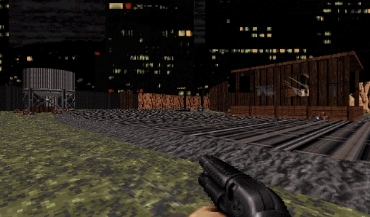 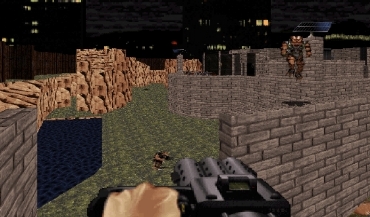