A medium sized keep surrounded by a moat.
You start out armed with just a pistol and almost immediately are confronted by a couple of pigcops, but then quickly gain a shotgun to even things out a bit. While exploring about, searching for key cards, you have to face down quite a few pig cops; the map is loaded with them, but for the most part they're well placed and not just scattered about in clusters.
The highlight of the map is the decently creative layout of the keep and if you can look past the dull surroundings, it's a bit of fun to explore both above and below the water.
Unfortunately the map leaves alot to be desired as far as visual appeal is concerned; one texture is used for the exterior and one texture is used for the interior.
There are a couple of architectural structures to add a little atmosphere, but for the most part there's no detailing, shading, or trimming, making the overall appearance rather bland.
The whole of the map is just one big square, and with the plain black wall to serve as the gaming boundary the map suffers from lack of depth.

Game play is somewhat fun since the enemies are fairly well placed, but there's tons of ammunition and health plus some unnecessary heavy weapons that give Duke quite an unfair advantage. There's no real puzzle to solve, but a couple of the key cards are cleverly placed. 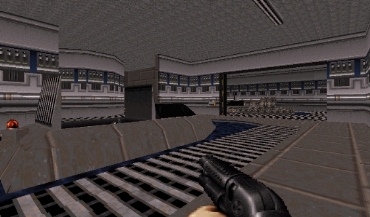 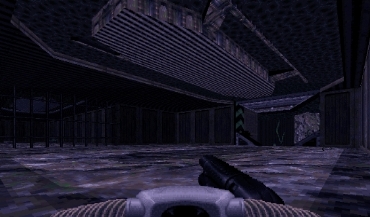 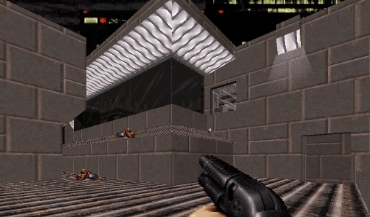 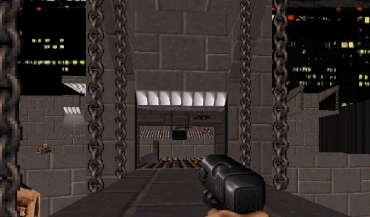 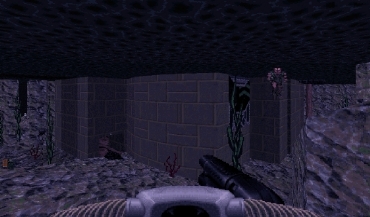 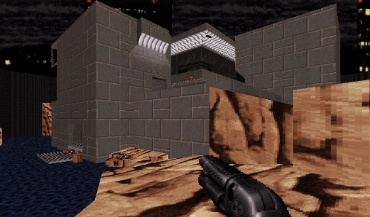