A military base located on an ice planet that's been taken over by aliens.
The map is made up of EDF instillation styled indoor sections interconnected with frozen caverns. There are also a few under water sections and some snowy valleys that need to be navigated to get from one section of the base to the next.
As a bonus a few references from Star Wars: The Empire Strikes Back are added in for additional scenery.
The layout is linear, but there are several side passages open for exploration to get more equipment. A few corridors have many branches with only a couple passages initially open, so some back tracking is required, but only for short distances most of the time. For longer return trips a few friends are provided to keep you company.

Game play is based mainly on key card hunting.
Some exploration is required to reach them, but nothing too difficult. View screens are provided at key junctions so not knowing where to go isn't a major issue.
Enemy engagements are pretty consistent and an occasional mix-and-match of which ones are encountered together keeps the combat scenarios from getting redundant.
Initially health is quite abundant, but thins out as the level progresses. Weapons on the other hand are everywhere and ammunition is piled up in stacks so Duke has the aliens easily outgunned. 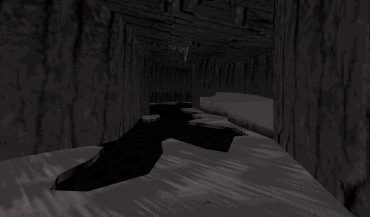 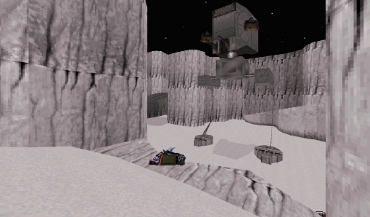 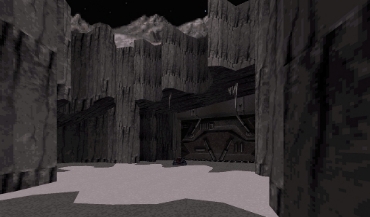 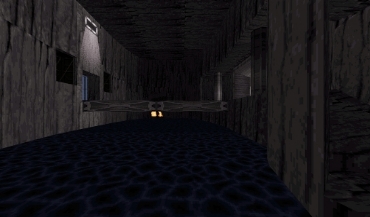 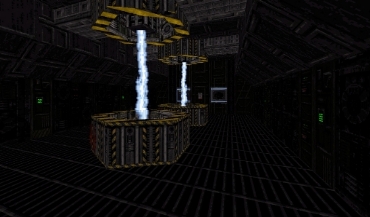 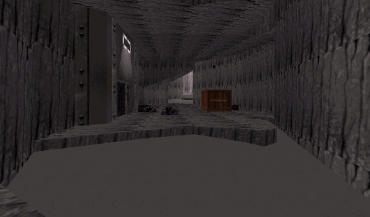