The map is separated into two individual space docks that are connected by scaffolding, and also via a small shuttle sled.
The layout is interesting, the lighting effects and the shading are well done, but the blocky architecture, lack of detailing or trimwork in most places, and the absence of very many sounds makes the ambiance feel flat and not very immersive.
The floor-plan is well made, just not well executed. The premise is a key card hunt and there's an abnormal amount of backtracking.
Repeatedly uneventful backtracking, which is the worst kind of backtracking. This further dulls the experience.
It's nice to explore and engage enemies upon initially entering areas, but after all the aliens are gone, there's nothing to do but walk around.
It has potential; some respawns, and just a bit more detailing to take the edge off of the blockier and emptier locations would have made a huge difference.
More fun than a vacuum tube. 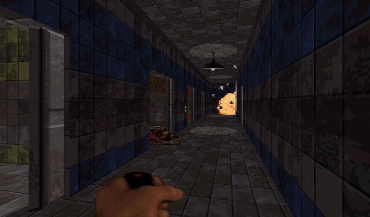 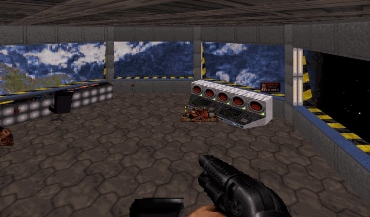 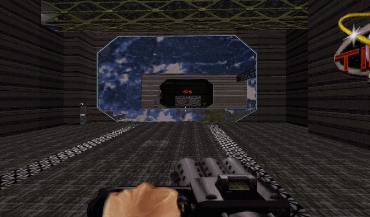 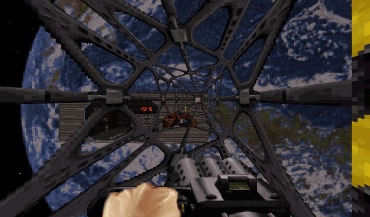 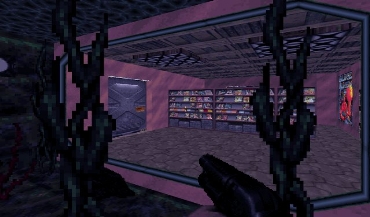 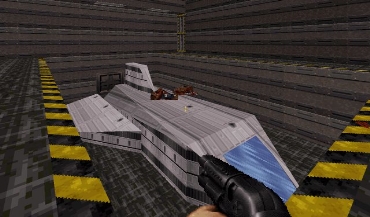