Everything is blown up, destroyed, and on fire. A scene of destruction starting with the wrecked-up subway system, moving to the station, and up onto the street.
Buildings are half-knocked down, there are craters all over the place, and it's a lot of flotsam and jetsam strewn about.
Aside from some over-sizing, and the cheesey teleportation effect to get in and out of buildings with accessible rooftops, the atmosphere is well done.
The player starts out barely armed, and the healing items are few and far in between while underground, but that changes quickly enough when the street level is reached. Duke is under fire from several directions at once, but some quick feet will reward the player with fire power and a fair amount of hitpoint recovery items.
Once the street is cleared it's down to the serious business of a keycard hunt. Pretty straight forward and sequential affair.
A couple bad quirks with the map include being able to skip the need for one of the keys with some creative jumping, and once the last switch is thrown, you can hear the boss roar, but don't know where it's at in the map. A view screen could have been useful here.
The second bad part is the door teleportation method. Leaving the building via the front door is likely to get you killed as the boss always seems to hover right outside that building and is ready to squish the player the moment they step outside. Finding the jetpak and going up through the manhole is the best strategy here. Failing to do that, be quick enough and you might get away from being stepped on.
More fun than Russian roulette. 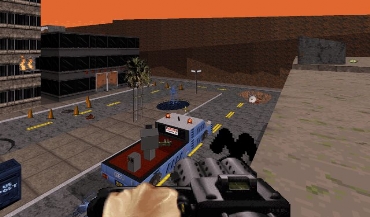 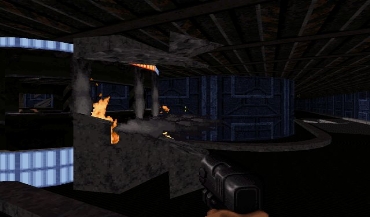 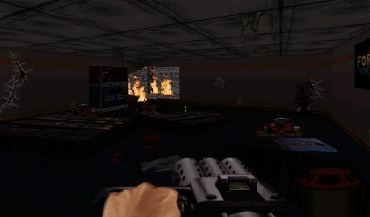 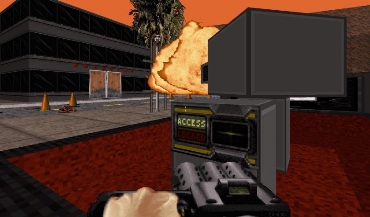 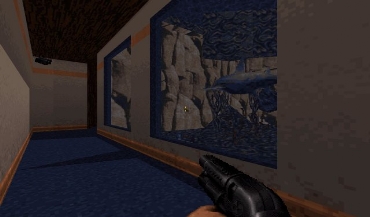 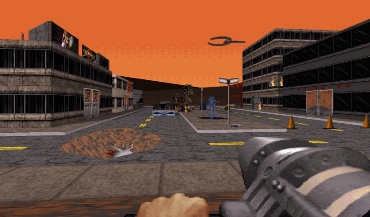