The aliens have set up shop in a mine next to the town and Duke needs to get in there and flush them out.
The map is broken into three primary sections: the upper alley level with a night club and a control room of sorts, the mid-town area consisting of the main street, a subway station, a Duke Burger, and an apartment complex, and the lower tier containing the mine.
Other than a few minor issues with sizing and alignment the level is solidly constructed and well detailed. An issue with all this great detailing is the failure to allocate the proper amount of space in several of the indoor rooms. Some are quite cramped and very difficult to move around in. It's also possible to get yourself squished between doors or trapped between gates and fences.
Both the city and mine are gloomy, dirty, and appear well worn with age and use.
Architecture and spritework construction are articulate and give the map a realistic look. There are nooks and crannies tucked away all over the map; some contain goodies and weapons, others are necessary to seek out in order to complete the level.
The layout is wide open allowing Duke to go where he wants and most locations have two or three ways to gain entry so it's up to the player on how to go about exploring the map.

Game play consists of setting off a series of activators that eventually allow access to the hidden exit.
The open floor plan permits for the clearing of sections in no particular order, but it has its pitfalls. There's really no indication that all activators have been set off, a few of the items and places required to finish the map are well off the beaten path or are just completely hidden, once all the activators have been tripped there's nothing telling the player where they need to go next.
These little nuances can lead to alot of aimless wandering and confusion.
A slightly more dangerous consequence is that the heavier weapons are scattered in semi-concealed or hidden stashes; speeding through the map without meticulous exploring can get the player cornered against some pretty nasty foes and almost no way to fight out of it. Other than finding the necessary switches there is also a pretty neat puzzle in the mine which requires the player to seek out certain texture patterns then step on the appropriate floor plates in order to open up the aliens secret control room. Enemy encounters are fast and furious. The map is loaded down with aliens of all varieties and fire fights are heavy and constant.
Duke must battle for every inch of ground and just when an area is cleared more of their buddies show up to join in on the fun. Healing items and ammo for the basic bullet weapons are scattered from one end of the level to the other, so while quite challenging; it's not impossible if the player takes their time to seek out the supplies. 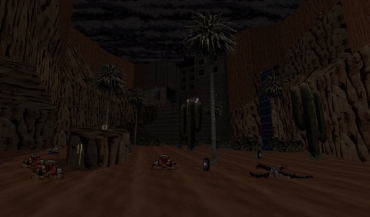 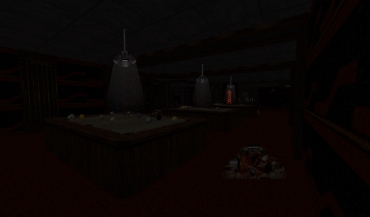 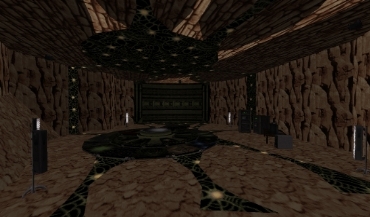 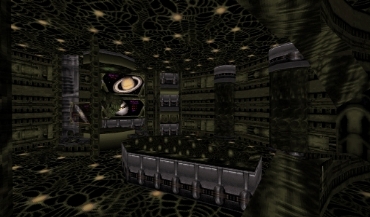 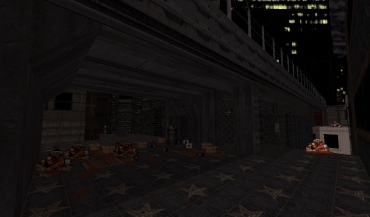 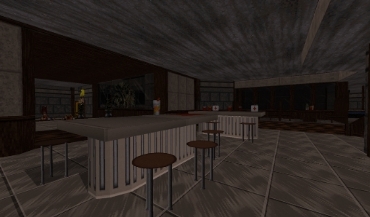