An extensive urban map with many locations including, but not limited to, apartments, offices, a subway station, a shopping mart, a large street and mall like walking plaza, multiple ventilation duct systems, a prison like facility with many corridors, maintenance rooms and rubber room cells.
The map is well detailed with lots of architectural and sprite structures, Shading and texturing are very complimentary and along with several effects and sounds makes for a nice realistic atmosphere.
While the architecture is prominent and well done there are some problems. Several of the indoor areas are pretty cramped and crowded with "stuff". Due to the technique of putting rooms over other rooms without proper spacing between floors, there are a few hall of mirror effects and the player can inadvertently clip around in the map.
There are a few sectors that squish the player, and the invisible walls at the end detract from the openness and non-linearity of the rest of the level.

Game play is based on key cards and switches. There are view screens which help quite a bit, but because of the large open floorplan with many passages looping back to multiple locations, it's fairly easy to get turned around and not know where to go next. There's also a room that can only be accessed by tight-rope walking across power lines, so if the player fails to look up at the proper time, it could easily be missed.
Many locations are not required to visit, but contain stashes of weapons and supplies which reward the player for exploring, and this also adds depth to the map. Initially there are two blue key cards that can be found, so it's dealers luck on which the player comes across first, but it's also on the player to remember where the other one is if it has to be passed up because they are already carrying one.
Combat is pretty constant and consistent from start to finish.
Supplies and weapons are given out in small doses so it may be best to take it slow at first and collect up some fire power before rushing headlong into new unvisited areas. Once the player gathers up enough weaponry to properly defend themselves, the map flows very smoothly. 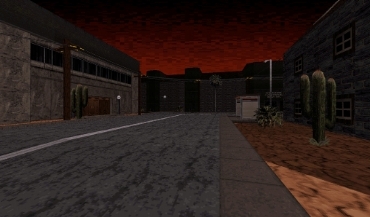 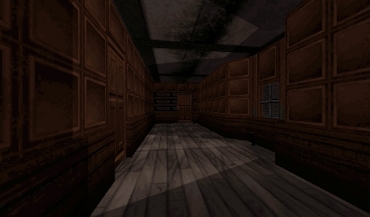 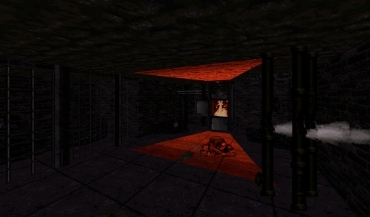 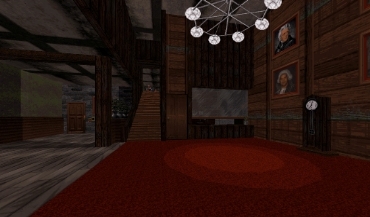 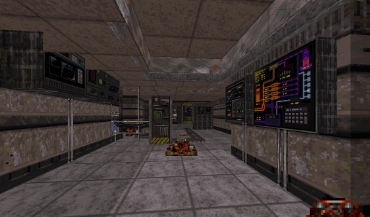 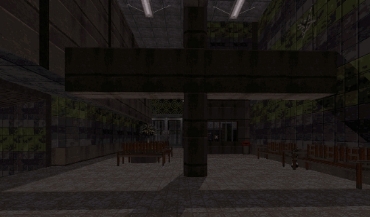