An industrial facility.
This map is very large and long and has a multitude of environments ranging from mine shafts, crews quarters and recreational facilities, offices, boiler rooms, control rooms, and an assortment of other high tech or industrial locations.
Other than some sloppy texturing and lack of trimwork in some areas the level is well detailed and solidly constructed. Lots of shading and lighting effects, plenty of sounds, and good texture combinations are used to make a nice atmosphere.
The layout is mostly a series of loops off mini-hubs. Usually the player takes a short path that starts and ends in the same general location at which point something is unlocked or exposed.

Game play is mainly buttons.
Find the obscure button, figure out what just unlocked, find the next obscure button, and then go find the hidden button that was revealed somewhere else. At least they're not hidden into the detailing or invisible, but it is a pain to throw a switch and have to figure out that a button was revealed two rooms and a hallway away.
At least the alien fighting action is pretty constant; it also helps you know you're on the right path when you have a bunch of respawns howling at you.
As for balance: there are way too many atomic health available so Duke isn't ever in too much danger and there's also an overabundance of shotgun ammo, but that's fine because you can use it to shoot up the scenery while you're wandering around looking for buttons. 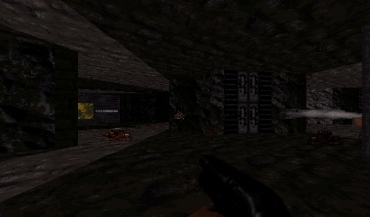 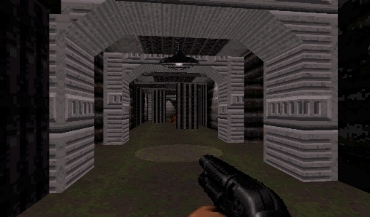 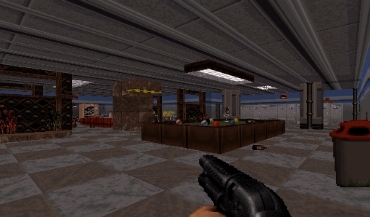 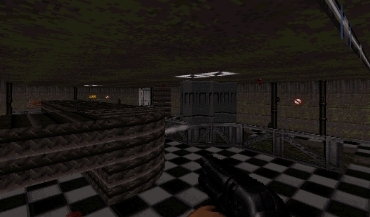 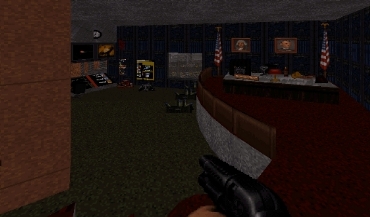 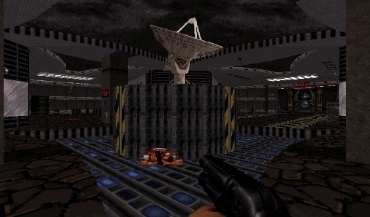