A large city map, very well designed and with a nice layout.
The texturing and shading are very good and the architecture and sprite work are excellent. The atmosphere is further enhanced by the nice detailing and lots of explosions.
Duke starts out in an crashing and burning plane that requires some quick reaction time to get out with a decent amount of health and some additions to the arsenal. Not an easy task and may take several attempts to make out in decent shape.
After that Duke lands in town and surviving the immediate fire fights, it's merely a matter of exploring around a bit to collect up some health and bullets. There's raging hordes of aliens all through the map, but about the time you're almost dry on health and ammunition, there's sure to be a small stash near by to keep the game flowing. Mostly a key card hunt which takes Duke deep into the map and back to reach the finish.

The level has it's high points, such as: firing a tanks main gun and the explosive bus ride, but it also has some low points like the incredibly frustrating door puzzle towards the end. 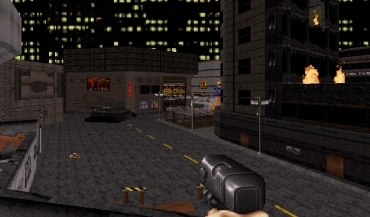 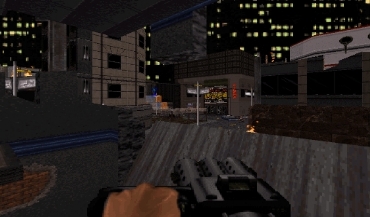 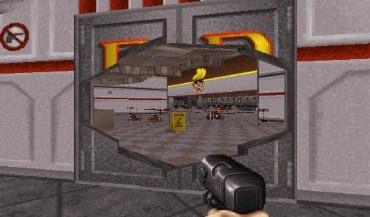 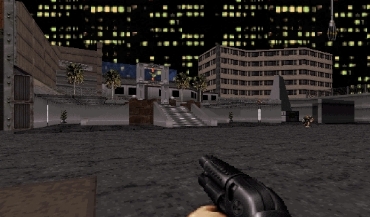 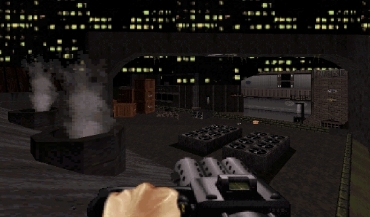