An underground EDF styled bunker based on a Goldeneye 007 level.

It may be just a simple series of corridors and rooms, but it's put together well enough with a reasonable amount of detailing and good texturing to give it a decent atmosphere.
Some more ambient sounds and a more prolific use of shading would have helped, but it's fine enough with what it has.
This map is pretty much a survival journey. Find enough weapons, health, and ammunition to make it through the phalanx of aliens and reach the outside exit. One wrong turn, or room entered when not properly armed, is almost certain doom.
The player can survive by running, but eventually the overwhelming numbers of enemies chasing Duke around will catch up to him and put him in a corner.
There is one red key which gives access to a room containing a switch. The switch opens a weapons stash later in the level, so while helpful, isn't really necessary to complete the map.
More fun than army ants. 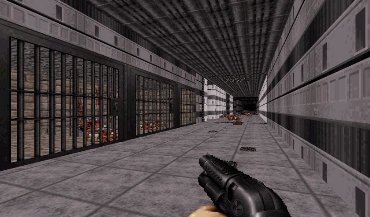 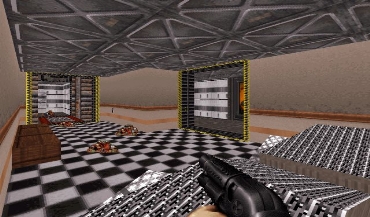 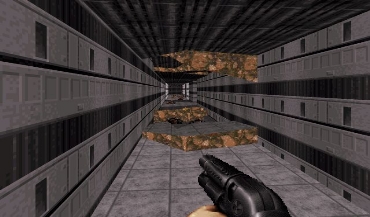 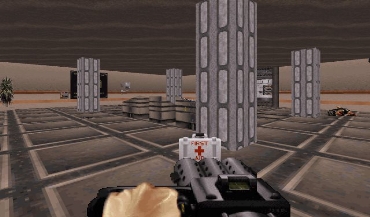 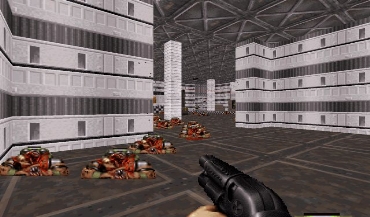 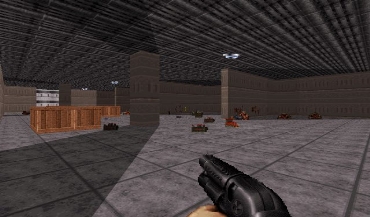