As the name implies, this large map is made up mainly of canyons with some minor indoor and underwater areas. It does have forks in the path to choose from at several point to break up the linearity, but being a large map with the same scenery and little to break it up, it can become a grind at times.
Sparse detailing, other than the same sprites over and over, also adds to the drain on the senses.
The canyon walls are broke up with some sector work to keep things from looking flat and boxy, but the same texturing throughout the map can dull the player to the that fact.
Stronger shading and a little more variety with the details and texturing could have fixed everything.

Fairly good game play and a creative layout do make up for this though. The ammo-alien ratio is pretty even and there's a bit more health than needed, but in some areas the terrain prevents alot of moving around while trying to dodge enemy fire so the extra colas aren't a bad thing.
One of the red key cards is rather creatively placed (think yellow card in Roch Island) that should have been better thought out from the stand point of the player, but overall it's a well laid out excursion with some good battles, even if it can get a bit dull to look at. 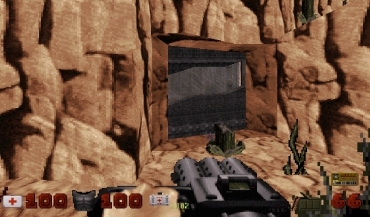 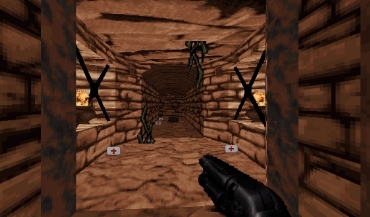 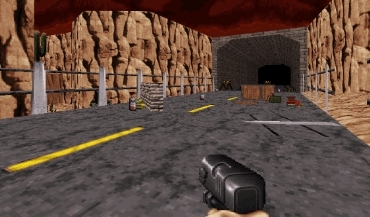 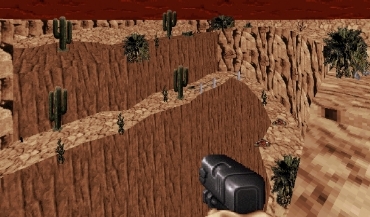 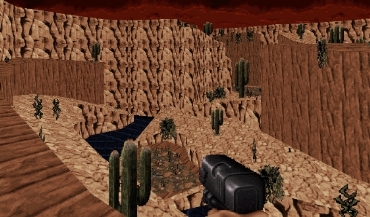 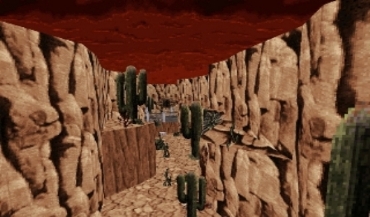