A sprawling urban environment. The level is made up of an extensive street area, a pond with an underwater area, and several small buildings containing the typical locations such as a mini-mart and several apartments. Several of the buildings can be entered or have a roof or terrace that can be climbed upon making the map very open for exploration. Design wise the construction is well detailed and there are some nice texture combinations to create a colorful environment. The layout is very non-linear; most of the indoor areas are only one or two rooms deep making most of the action located outside. Due to the extensive decking and spritework some tricky acrobatics can render the blue and yellow key useless.

Game play is mainly a key card hunt. Most of the keys are located up on building terraces or roofs and require figuring out how to get them. The map is only so big and the interiors to the buildings are only so deep which makes locating and discovering how to acquire the keys not very difficult. Combat is decently balance. Only a few weapons are available with limited ammo, but the types and quantities of the aliens encountered is manageable. Health paks are abundant and evenly distributed around. In case you manage to get yourself into trouble there's usually one nearby. 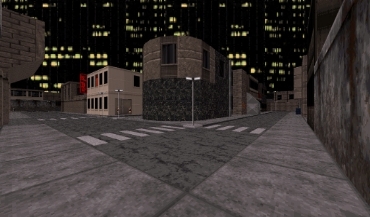 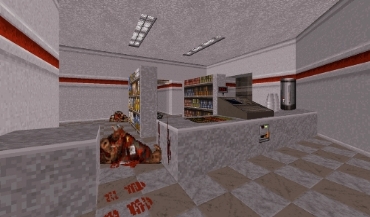 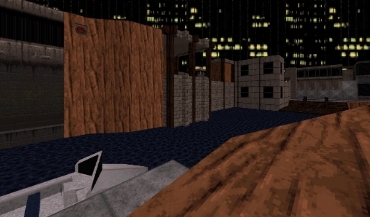 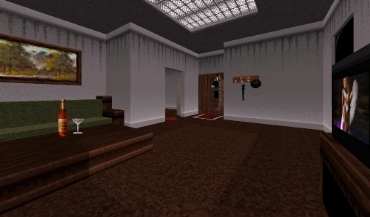 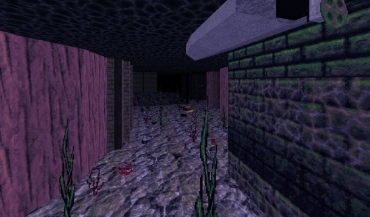 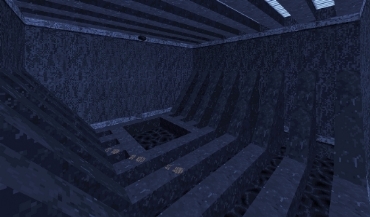