A temple styled map.
There's not much to this level; it's pretty much a series of corridors, small rooms, and a courtyard. Construction is simplistic with blocky square architecture and almost no shading, detailing, or trimwork. Texture choices are mostly stone block or brick with a few odd choices that really don't help the ambiance very much. Flat, dull, and static pretty much sums it up.

Game play consists of wandering around the maze of hallways checking all the small rooms to look for a couple keys and a switch to activate two stairways.
It's alot of wandering around, but not really that complicated. A view screen at the last switch in the courtyard showing the exit door opening would have been nice, but if the player has wandered around enough they probably already know where it is. Since there's only one window in the courtyard and it looks in on the room with said door that's probably clue enough.
Combat is pretty redundant. Weapon selection is fairly limited for a while and enemy engagements mostly consist of fighting small hordes of aliens hanging out in the hallways. A few respawns in the corridors behind the player do add a little excitement if the baddies in front aren't dispatched quickly. 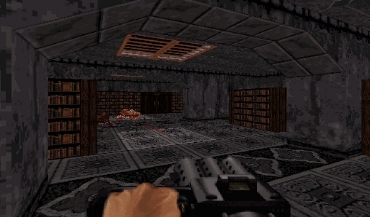 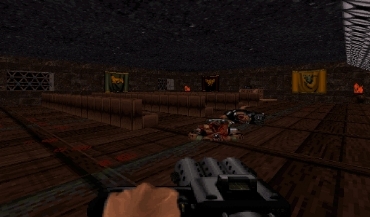 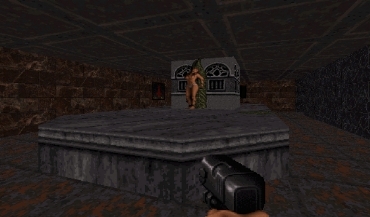 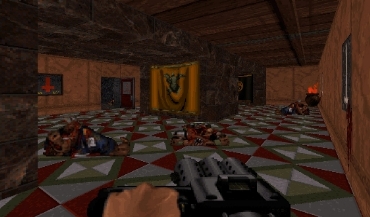 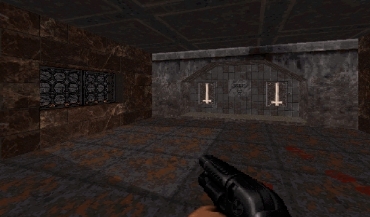 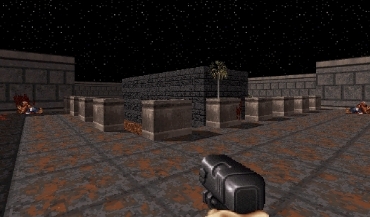