Mostly the small dungeon and outdoor sections are castle-esque. The rest of the map is nondescript mazes and puzzles. There isn't a whole lot to look at.
The base architecture is decent enough, but the texturing is done in large brush-strokes making sections look flat and monochrome. There's next to no shading, detailing, or anything else aside from the rain outdoors to give any atmosphere.
The map is primarily about solving puzzles. A few chess-board styled matching the solution-key to the squares navigation type of puzzles, and shoot-the-rockets-through-the-right-teleporter-to-blow-up-a-wall-crack-in-another-room kind of challenges.
The puzzles can be messed up, and some will insta-kill the player if they make an egregious error, so it's probably wise to save after completing each riddle.
There are a few free-range aliens hanging around, but most will spawn if the player makes a mistake, or is forced into a certain situation. Nothing too extreme since Duke is loaded with enough firepower to take down a small army. Projectiles are mostly for puzzle-solving, but there are enough rounds to make up for mistakes, mis-fires, and alien splatter.
More fun than sokoban. 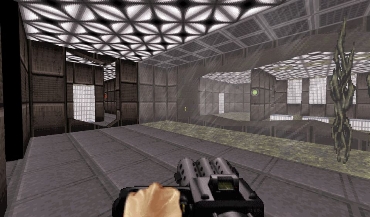 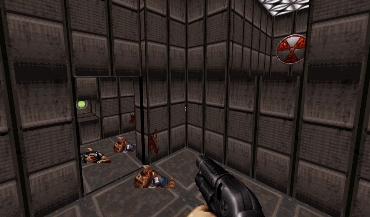 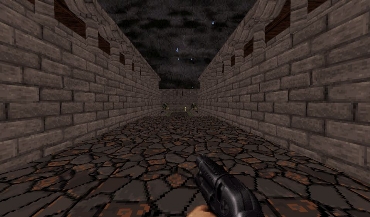 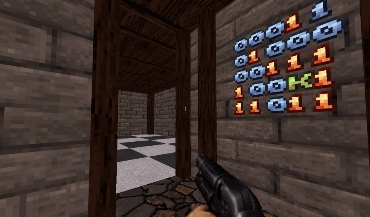 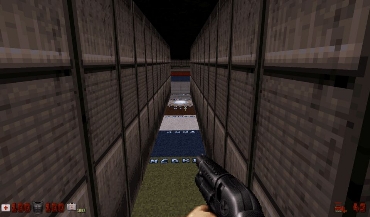 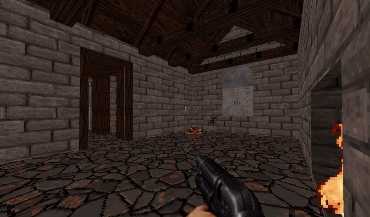