A city block styled map centralized around a large cathedral.
The outdoor locations are mainly a large street and alley system that loops around the block, and a plaza party complete with a bar, cabana, and performance stage.
The indoor locations are a hotel, an office building with a stash of missiles in the basement, and a large church building.
The map is very well detailed with plenty of architecture and sprite work, the trimming and texture combinations are excellent, and the shading contrasts are very well done.
Outdoor areas are large, open and on a grand scale with nice background scenery that complements the play area.
Indoor locations are detailed without being cramped and have a variety of unique environments that distinguish one area from the next.
Overall it's a very grand and realistic atmosphere.
The layout is hub styled that uses the plaza and street as the main site for navigating from one location to the next with buildings around its circumference where most of the action takes place and must be explored in sequence.

Game play is a combination of key card hunting and switch throwing.
The keys and locks are on the player to find, but there are view screens near the switches to let you know where to go next.
The player must wander around until the first open building is found, enter it, and complete the required task. After that it's pretty evident where to go to and what to do.
Alien encounters and combat action are a bit lacking. Enemies are present in thin numbers and encounters are fairly predictable.
There are also several instances of uneventful long distance backtracking which creates a serious lull in the action.
Surviving isn't too difficult; there are caches of supplies everywhere and the base weapons are more than enough to handle any situation.
Finding the secret stashes and acquiring some of the heavier firepower tosses the balance off center even farther in favor of the player. 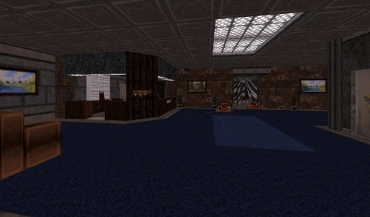 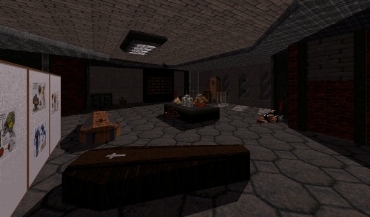 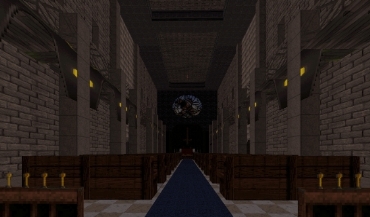 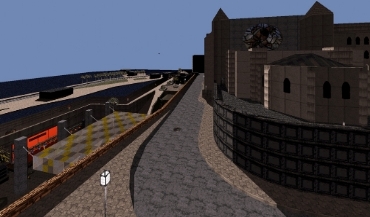 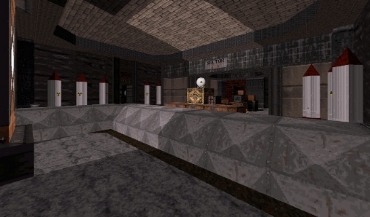 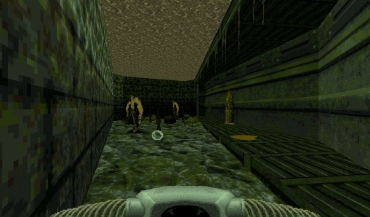