The map starts off in an nondescript cavern "corridor". The corridor blooms into an interesting cave area. While incredibly well lit for a cave, it's very nicely detailed. The map isn't incredibly tough, but it'll keep old schoolers on their toes.

Between the well balanced health placement, scarce ammo, and enemy ambushes it gives the map enough tension to keep you playing. The author makes good use of the enemy selection, only neglecting boss enemies.
The map offers no real puzzles, only a simple keycard hunt. Your time is spent killing enemies, and finding a card behind the horde.
Ultimately the worst thing about this map was that it was too short. When I finished the map I was surprised, at in a little over 12 minutes I couldn't believe that was all. The ending itself is barely even obvious, in fact disappointing. I had been saving my RPG, Pipebomb, and Freezer ammo for whatever boss fight the map was building up to. I finished the map with well enough ammo to continue.

Overall, for the author's first time, it's really quite a good romp. It could have stood be a little longer, since the ending was a disappointment. The ending felt like the author was rushed to release his map, and in the future I hope he takes more time to polish his maps since I see some real potential.
I recommend it to anyone looking for a quick play. I'll be interested to see what the author will offer in the future. 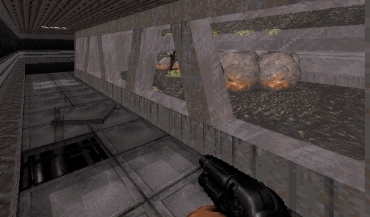 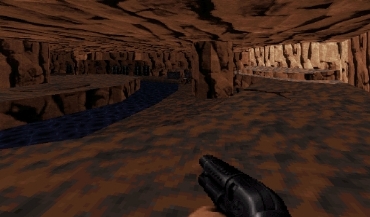 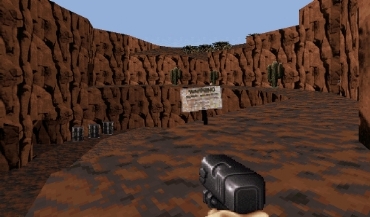 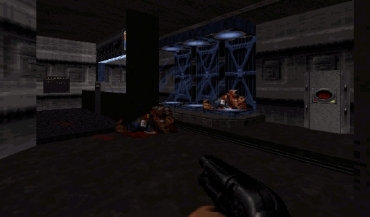 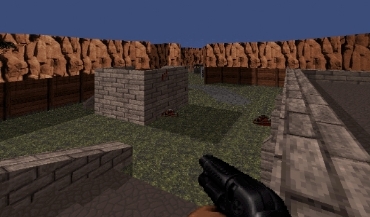