This level is a hodge-podge of environments. A lot of it is underground with either terrestrial or alien cave systems. Those caves can be dry, or have lava, water, or some other ooze-slime substance running though them.
There are also earth styled control rooms, industrial sections, brick and mortar areas with cells to hold prisoners right alongside alien high-tech rooms, alien machinery, and an odd assortment of temples.
A few issues with over-sizing will be encountered, and an occasional mis-aligned or out of place texture, but it's mostly put together well with good shading, a few sounds, and just enough architecture and detailing to provide a decent atmosphere. Such as it is.
The objective is to find keys and locks. The layout is crazy. It's a maze of rooms, corridors, ramps, lifts, terraces, and shafts. Several rooms have multiple passages in and out of them.
The navigation challenge is even more profound when the jetpak is located. Just pick a direction and go. With all the inter-connectivity, it's rare to find a dead-end. The trick is if you find a lock before you find the key that goes to it, try to remember how you got there.
The map is loaded with aliens. Ammo may be a bit stingy, but it has all the weapons it; just be prepared to switch up a lot. It's also loaded with health, so no worries.
More fun than iodine. 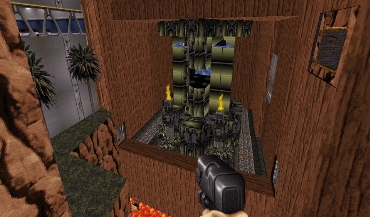 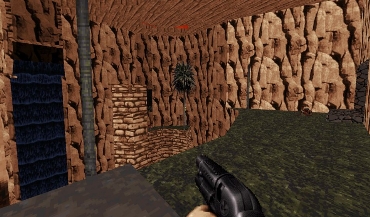 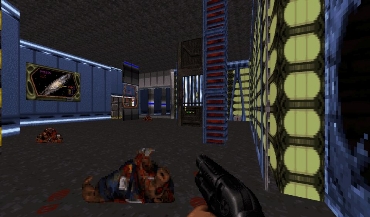 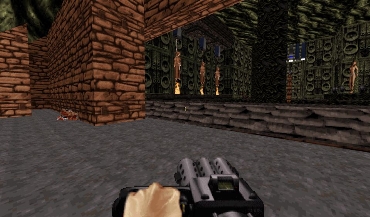 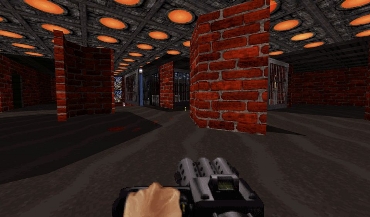 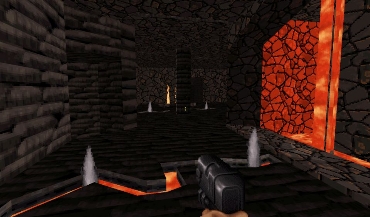