A city styled map. Very unimpressive and non-detailed, with no shading, minimal trimwork, and blocky square oversized structures. Just an empty street map with a couple of indoor rooms, and a single station subway system. This map appears to have been a DM level with a nuke button slapped in.
There are a couple of key cards. One is necessary and one is pointless. They're both found in the same general location behind wall cracks. The blue key is supposed to let the player out of the room, but when the wall cracks are detonated a series of explosions and collapsing ceilings block access to the blue lock if not done in the proper sequence. A jet pack is provided to allow the player to leave that area so the key is rather pointless to use to unlock the room from the outside after escape since there's nothing there to go back to.
The player can also go straight to where the red key is held and then to the finish thus skipping the other two-thirds of the map. The only interesting aspect of the level is if the player can be bothered to explore it in its entirety.
There's very little ammunition, but a large number of weapons are provided so this forces the player to use multiple guns instead of depending on certain ones. 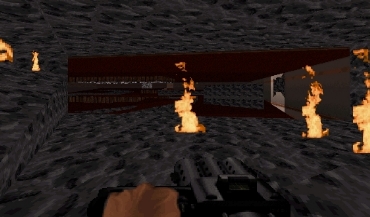 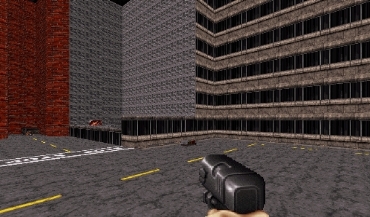 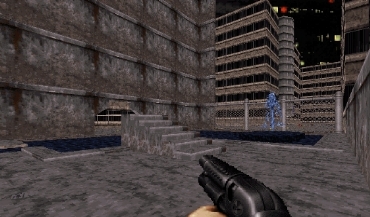 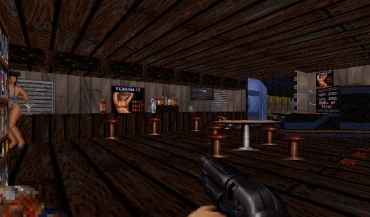 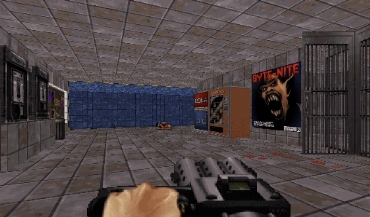 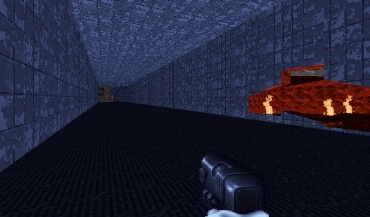