The Duke Nukem 3D community is a rather modest bunch of talented individuals consisting mostly of mappers from the early era of Duke Nukem 3D, so called veterans, as well as newer people with different set of skills. If you'd compare it to either the Doom or Half-Life community it'd find itself pretty much dwarfed. However, that's not necessarily a bad thing; with a smaller community most members know each other and from time to time they will get both their minds and strengths together to form an appropriately named community based level, more specifically a so called "Community Build Project". In this particular case ten members sat down and meticulously formed together one of the finest community based maps in recent years, the Community Build Project 8: Metropolitan Starlight.

The premise is, well... there isn't any real premise. Basically, aliens have, for some unexplained reason, invaded a starship housing a gigantic metropolitan. But as in most user maps they all share the same basic formula: merciless extermination. Yeah, it's Duke Nukem after all.

At heart, one might be unsettled by the massive sights that stretch across the immense skyscrapers and landscape of Metropolitan Starlight. Make no mistake, it is an enormous map with many locations to visit such as the streets of the metropolitan, a sewage facility, a police station, the reactor core area of the very starship as well as a stripper bar, an essential addition to any Duke Nukem 3D map, and a brisk train ride all accompanied by a phenomenal original soundtrack composed by Mike Norvak.
Most areas are either blocked off with a force field or a locked door requiring the corresponding key card. So essentially it's not particularly non-linear, i.e. you must follow the predefined route which the mapper set in order to continue, which may come as a surprise considering its massive size. As a result its replay value isn't as eminent as it could've been as you are pretty much required to follow the flow resulting in every subsequent playthrough being very similar each time.
Despite this however the flow is rather good as it seamlessly takes you from one impressive location to another as well as getting progressively harder.
Though you'll visit quite a few different areas all very diverse from each other the section that you'll spend most time at is the tall tower located in the very epicenter of the vast metropolitan. This also serves as a sort of hub area when you go from one sector to another. Moreover, this works great as a fallback if the player would happen to wander aimlessly throughout the city not knowing where to go or getting stuck at a certain part of the map.

As mentioned previously the map gets progressively harder the more sections you discover and explore culminating in an explosive and fierce finale. On the gameplay side of things Metropolitan Starlight is a rather difficult map with over 300 enemies to boot offering some really challenging combat to even the most hardened Duke Nukem 3D veteran.
Starting off with the most basic weapons you eventually receive the standard shotgun and ripper chaingun rather swiftly and can begin your alien extermination as you so please. Obtaining the bigger guns usually requires a bit of exploration, particularly at the beginning, and it is often worth the trouble getting there while a few are conveniently placed inside some rather cleverly obscure secret areas.
Whilst the diversity between the different alien classes are frequently high I had some generally annoying engagements with the chaingun-wielding Enforcer aliens; in short there were just too many of them. Since they possess the ability to damage the player in an instant with their chaingun, a so called "hitscan" weapon speaking in a technical manner, they can really start withering down your health fast. These guys are usually more suitable when placed in high alcoves jumping down and surprising the player when you least expect it. In Metropolitan Starlight however they overwhelm the player constantly and will most surely aggravate you just with their sheer number alone.

One of the stronger points of Metropolitan Starlight is its notably immense and beautifully crafted mapping. The texture work, while a bit drab and generic in a few areas, looks great overall resulting in some really impressive and distinct piece of work.
The map also makes good usage of the exclusive EDuke32 feature called True-Room-Over-Room, usually abbreviated as TROR. Due to this however EDuke32 is mandatory when playing the map. Unfortunately, due to the use of said feature the map do have some ugly visual glitches when playing in either the old classic 8-bit mode or the OpenGL rendering mode Polymost. As such the more recent and underdeveloped rendering mode called Polymer is recommended. In addition, a powerful computer with a more recent GPU, particularly a Nvidia card, is pretty much a requirement for it to even be playable. So if you're from the Middle Ages you might consider coming back when you've got a decent enough computer to run it unless you can look past the ugly visual glitches.
Either way, Metropolitan Starlight looks astonishing in Polymer. There isn't an overly extensive use of Polymer lighting effects so the framerate is rather acceptable even on an ATI card.

Though originally supposed to be a 1-week CBP, as in every member had one week to finish their part of the map, some issues hampered the project resulting in a long delay. But in the end what we got was a magnificent piece of work worthy of all admission. Incidentally the issues surrounding the delay were perhaps only of a positive nature resulting in a longer more polished release. Either way, Metropolitan Starlight is a must have for any Duke Nukem 3D fan despite its linearity and sometimes overwhelming enemy numbers. If you haven't already played it do so now, you won't regret it. 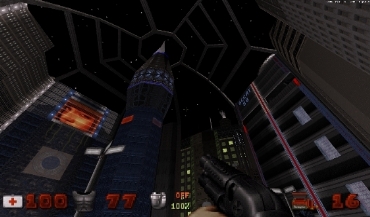 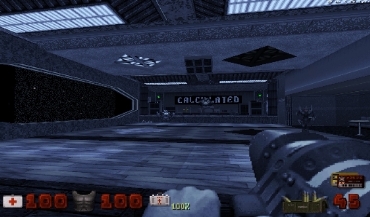 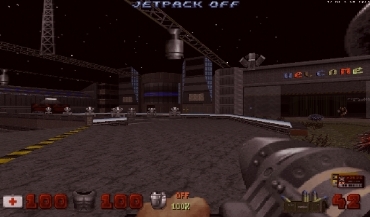 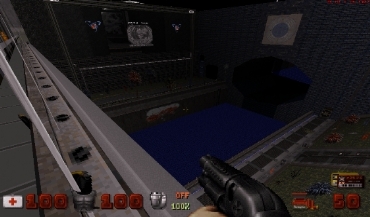 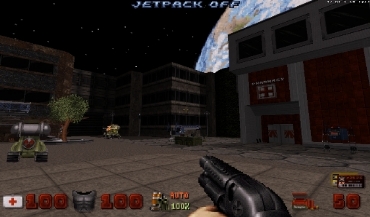 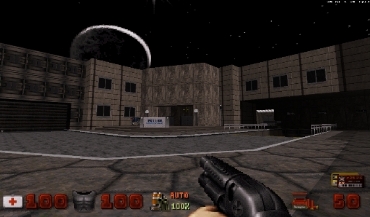