This is a collection of finished and unfinished usermaps for the cancelled command&conquer tc. Maps 01, 02, 03, & 08 are single player levels that can be played separately or as a mini-episode.
There are advantages and disadvantages with either choice. In series the ammunition count is going to be high. Individually there will be instances of missing weapons or not collecting them until late into the level, and a few occasions of not having explosives to blow up cracks. Without the carry around medikit, a couple of the maps will be very challenging due to lack of healing items.

Map01 is a short factory map.
Construction is fairly basic with annoying invisible walls, and the trimwork is alright except for the flat one texture ceiling prevalent through most of the level.
Texturing and shading are decent enough and there's some environmental interactivity.
Layout is comprised of a path that loops back to a room serving as a hub, the a short out and back branch off the hub.
Game play is a key card hunt. One of the keys is hidden behind some crates and can only be found by random clicking because there's nowhere else to go at that point. Once all the keys are used there's no real indication of what just opened; good thing the map is small and there aren't many places to look. The action is consistent and includes spawns for back tracking.
Basic weapons are provided like the shotgun and chaingun. The supplies are a bit lopsided, there's tons of ammo, but very little health.

Map02 is a short sewage treatment plant map.
Architecture, trimwork, and detailing are much improved over the first map, and the texture selection is expanded to provide more environments and to change up the scenery.
The layout is very linear and consists of a winding path made up of a series of rooms, vents, lifts, stairwells, and corridors.
Game play is a key card hunt. Only the shotgun and pistol ammo are provided for weapons any explosives provided are necessary for crack puzzles.
Combat is a little easier than the first map. There's plenty of ammo and health, and enemy encounters are in ones or twos at intermittent junctures.

Map03 is a military styled bunker located adjacent to a series of caverns.
The environmental surroundings are hit and miss with the simple architecture, minimal detailing, and limited texture selection.
The layout is a collection hubs with corridors that loop out and back.
Game play is a key card and switch throwing combo. The pattern follows the formula of finding the switch then finding the door that opens. Eventually a key will be acquired, but the lock is back at the other side of the map. Repeat times two.
Even though there are a few spawns to keep the player company, the redundant backtracking is a little too much.
There's plenty of ammo and health, and lots of little secret stashes, but if this map is played solo from the rest of the pack, expect to be fighting with little more than a pistol for quite some time. The shotgun and chaingun are eventually provided and there's more than enough pipebombs to solve the crack puzzles.

Map08 is a cliffside military base.
The architecture is decent and solid and the ambiance is set with good lighting, shading, trimwork, and texturing.
The layout is mainly several corridors branching off from a main area with the final passageway looping around and leading out of the complex.
Game play is mainly a button throwing adventure with a couple key cards tossed in. The map is loaded with very difficult and annoying puzzles. Find a switch & then perform extensive exploring to find what opened. Passages hidden from view behind bushes. Vents that appear unreachable until the player realizes that shooting a switch to close the door around them activates a lift.
If this map is played solo it is very difficult. For half the map the player is only armed with a pistol and limited ammo. Even after the chaingun and shotgun are acquired there are very, very few healing items available. Combine that with the aliens around every corner, behind doors, in hidden culverts, and spawns behind your back ambushes, and you have yourself a challenging level.
Score: 88 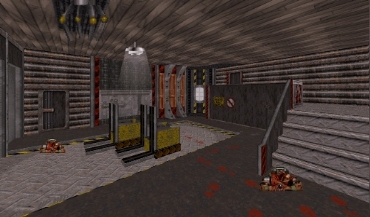 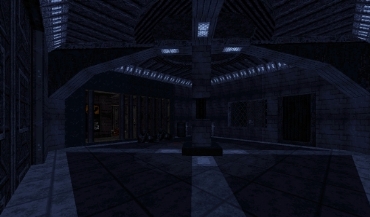 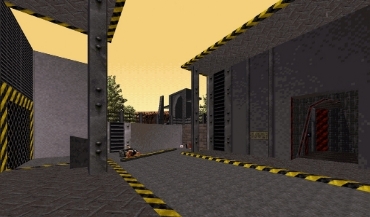 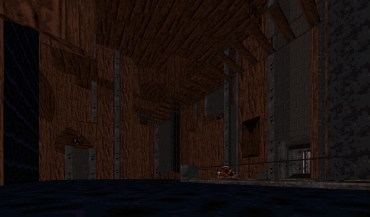 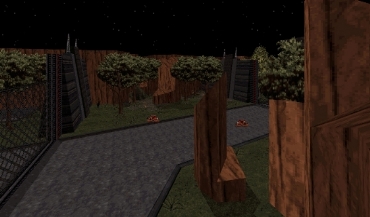 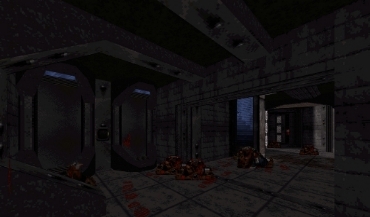