An EDF space station under attack from alien forces.
Other than a few cramped spots the level is very well constructed with excellent high-tech texture combinations, good lighting effects and palette usage, and nice architectural and sprite structuring and detailing.
View ports provide a sense of being in a huge space station as well as allowing for observation of exterior portions of the base showing battle damage.
With all the flashing lights, jets of steam and ruined interior areas, it really gives the player the feeling of being in a space station that's in the middle of a warzone.

The objective is to explore around to find switches and buttons used to unlock additional areas of the station.
Even though the layout is made up mainly of series of corridors and rooms, there are several open passages that allow the player to choose from multiple paths.
There are two downsides to the design though; weapons and ammunition are very stingy and it allows the player to go the "wrong" way thus getting themselves into a whole heap of trouble with nowhere to run or means to fight of the hordes of aliens practically around every corner.
The other issue is the lack of direction the player is given. There are switches and buttons all over the place and most of the time it's not very clear on what some of those activator do.
There are also a couple of keys which aren't exactly necessary to complete the level, but behind those doors are the only major stashes of firepower and rounds. Not getting them will most likely result in doing more running than fighting. 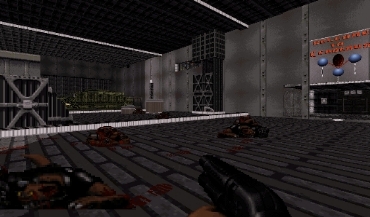 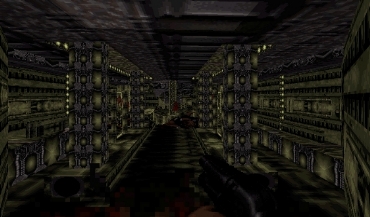 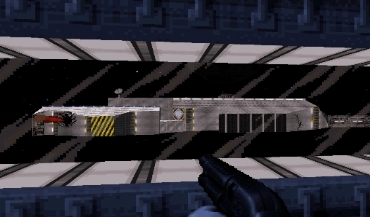 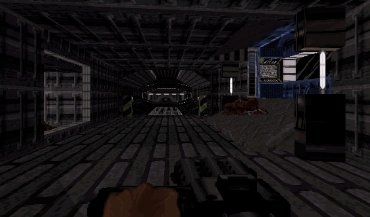 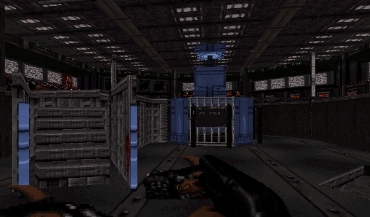 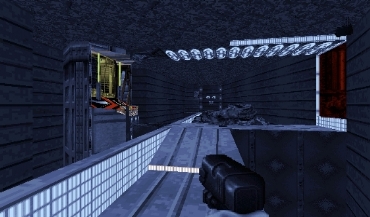