This level is most likely a DukeMatch adventure hence the arena styled layout.

Design and layout is, as mentioned above, arena style. A castle bailey and the surrounding corridors in addition to a pool is what you get.
Texturing and trimming is well done but lighting / shading is not present at all.
In DM there's plenty of sniper spots and get-away routes.
But the map is brimmed with aliens so you should be pretty occupied for a while. That's why this map is pretty fun in SP as well.
There's tons of everything scattered about so you can go for the fights right away. 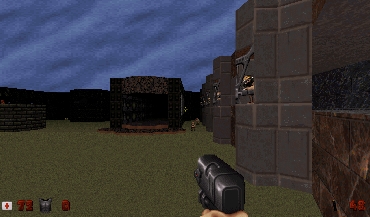 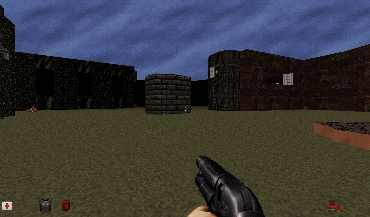 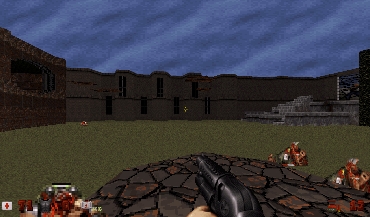 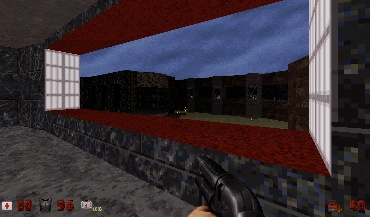 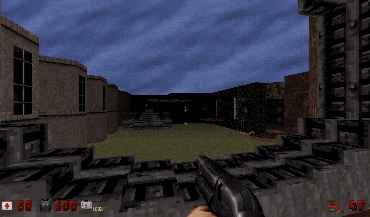 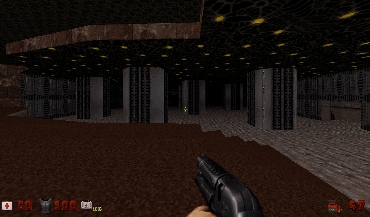