A combination skate park and prison map.
Yea, who wouldn't want to be incarcerated here, right? It's pretty much made up of brick and stone buildings and a bunch of wood skate ramps. Architecturally it's pretty neat, but alot of the buildings, both internally and externally, just look flat due to large portions being one texture with no trimming or strong shading. Otherwise the level is decently detailed.
The ambiance is on the static side, and other than random touchplate explosions, the level is too quiet. Coupled with a lot of uneventful backtracking, it's just not very immersive.

Game play is switches and keys.
Nothing is hidden or hard to find and view screens are provided to let the player know what's going on, but usually whatever is activated or if a key is acquired its necessary for the player to take a long lonely walk across almost the entire map to reach the place they need to go.
The lack of respawns, the limited variety of aliens encountered, and the minimal weapon selection make the level a bit on the dull side.
The major challenge is trying to take small amounts of damage from the few random explosions since healing items are extra stingy and very thinly scattered. 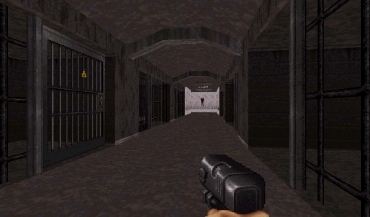 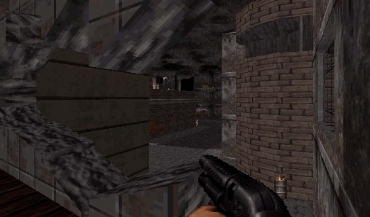 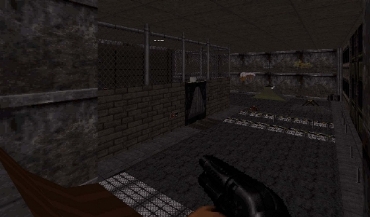 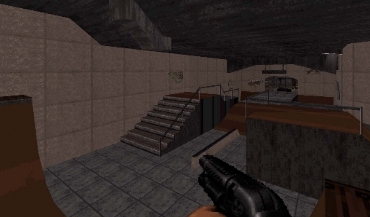 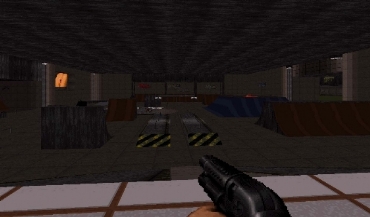 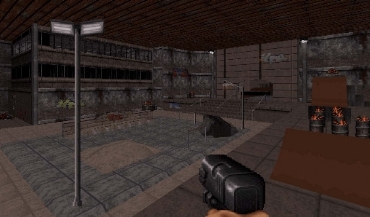