A dream like map.
Duke starts off in his house, walks through a portal, unlocks a building, and then begins a series of linear mazes that repeatedly take him back to his house to start the pattern all over again.
There's not much to look at aesthetically; most of it is quite blocky, undetailed, and under shaded. Several rooms are just black and white pastels while other locations comprise of just a big square sector with a square building in the middle of it.
The only location that has any concentrated work done to it is the house and the way the atmosphere changes every time the player returns to it. It could be day time, it could be night time, or it could be storming outside.

Game play is navigating from point A to point B.
Other than finding four switches to unlock one of the first buildings encountered in a snowy canyon, a section that requires a couple jumps, and avoiding a few crushing engine pistons, that's pretty much all there is to it.
It's a straight linear path with no enemies and only a few environmental hazards that can harm the player.
Lack of path deviation and challenges; combat, puzzle, or otherwise, and a redundant atmosphere, is detrimental to the replay value. 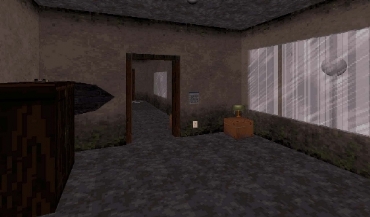 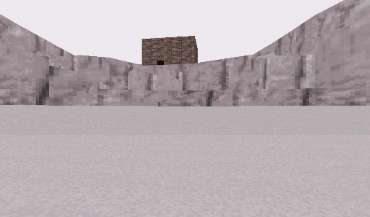 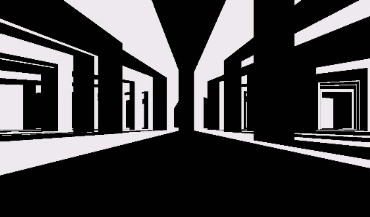 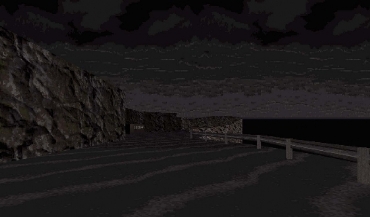 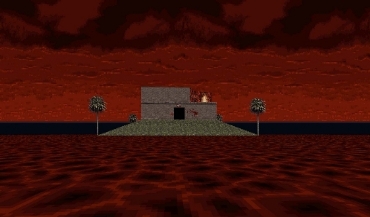