Duke finds himself shipwrecked on an isolated portion of a city and must discover the source of all the aliens.
The island and collection of skyscrapers takes up a couple blocks of real-estate and is lain out in one large loop. Along with the beach, alleys, and main street, the level consists primarily of three main buildings; an office high-rise, another that's under construction, and the third that's being renovated by the aliens into an ant-nest entrance covering an extensive underground lair.
The atmosphere is done fairly well and can draw the player in. Some locations are a bit sparse with detailing, and the outdoor areas suffer from lack of shading, but the texturing and architecture are done nicely and there are some applications of lighting and sound effects.
The most immersive area of the map is the hive section which seems to have been the authors primary focus for the single player specific portion of the map. This area has the highest concentration of effects, texturing combinations, palette usage, and sector work.
Game play is mostly about wandering around collecting weapons and supplies, then shooting everything. A few keycards and some wall cracks were added in to provide direction and progress achievements, followed up by more healthy doses of alien murder thickly applied to cover up those distractions.
More fun than smoking a cigar at a gas pump. 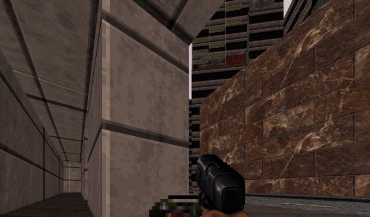 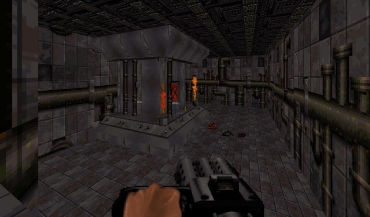 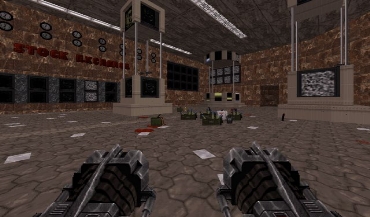 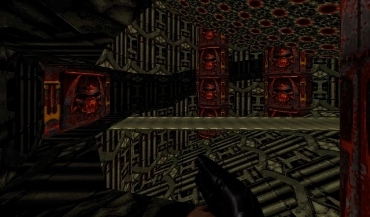 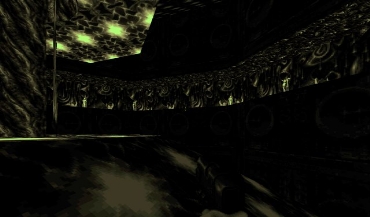 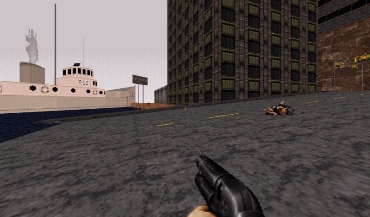