Guess what; Duke is an office worker in this level.
After a hard night he's at work spending most of the day in the bathroom. When he finally gets out there all his co-workers is killed and a mystic blue skinned woman appears.....must be an alien connection!
Duke must navigate through the city roaming for the mandatory three keycards. The blue one could be tricky to find in the hidden room but if you're stuck you could ask the blue lady....
The level is quite poor designed with lots of squared rooms and cityblocks with few details. A couple of buildings and a sewer is about it.
Texturing is on the average except some poor designed doors here and there. There is some lighting / shading present in the level to add some depth to it.
Duke starts out only with the pistol but heavier weapons is achieved along the way. Ammo and power-ups is scattered about all over the level.
A nostalgic 10 minutes romp it is. 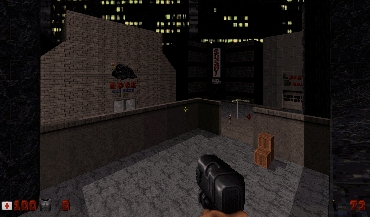 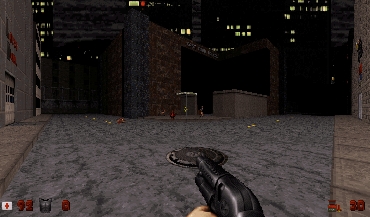 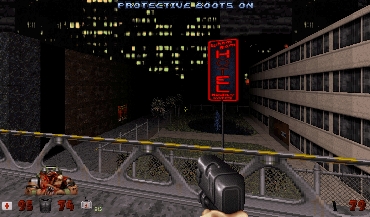 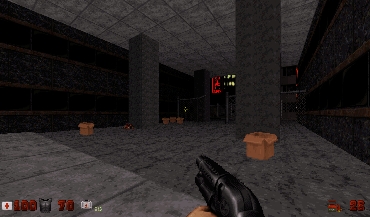 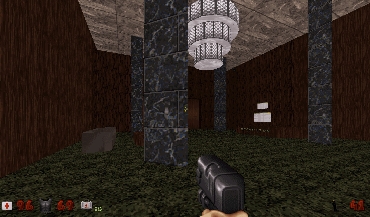 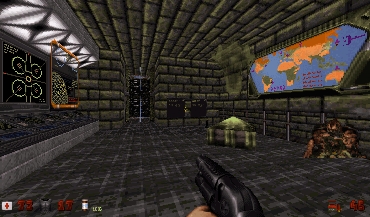