A medium sized city level at night it is.
The mission, if there's one, is to roam the city for keycards and finally nuke the place.
Design is actually quite good in places and not so good in others...If the author had spent some 20-30 more hours on this one the score could have been cranked up into the eighties.
There is paid some attention to lighting / shading in which wasn't that common back in the days.
Texturing is okay while trimming is weak.
As for most maps from that time there's way too much of weapons, ammo and healing items. But what the heck.
A fifteen minutes or so would be enough to beat this one. 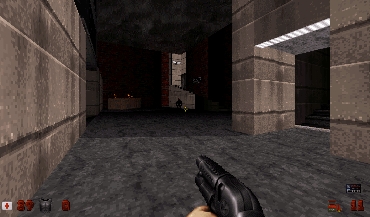 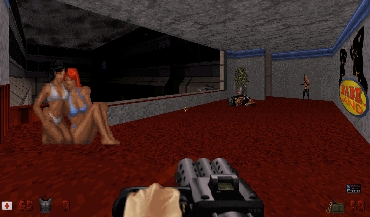 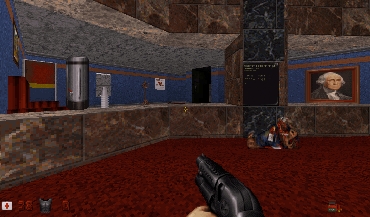 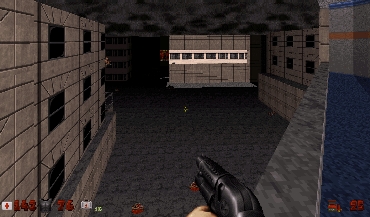 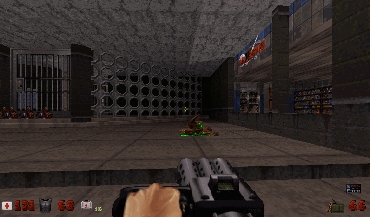 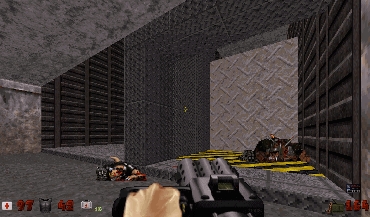