A large city map where the objective is to collect a blue key card, enter a building, strike a button that opens a hatch somewhere in the city that covers another button, find another blue key card, move to the next building and do it again.
Once all the hatches are open and all the buttons pushed the exit becomes unlocked and you try to survive a final conflict with some baddies.
Not a very complicated level and after two or three times of hitting buttons and getting a blue key it starts to wear on you.
The ambiance of the game was maintained with the nice overpass and the perception that the city streets continue off into the distance. This provided the feeling that the map where the game play occurs is actually part of a much larger city.
A fairly simple but decent layout with moderate sprite work. The building interiors are properly shaded, but the exteriors are lacking in some places. I found some of the texturing sporatic and off base in a few areas.
The enemy placement and spawn locations were well chosen which added to the difficulty of sparce ammunition, weapon availability and health. A decent play but a bit on the tedious side. 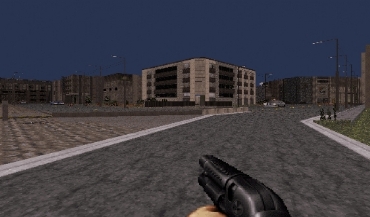 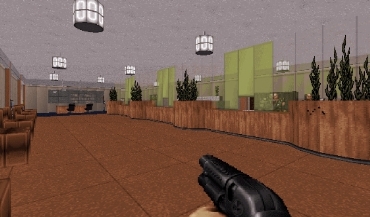 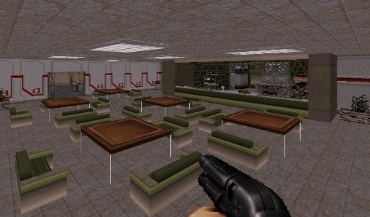 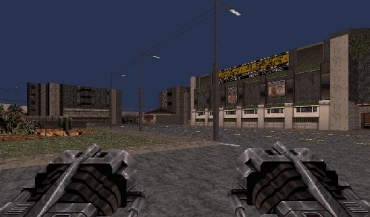 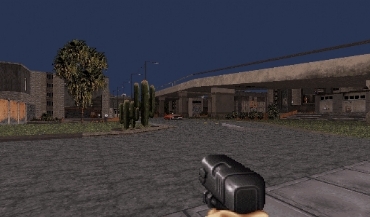 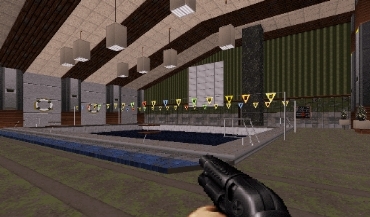