The authors own words:
Aliens have boarded and taken control of the U.S.S. Claymore, a new interplanetary destroyer of immense power. They threaten to destroy the entire Earth, city by city, until their demands are met........Commandeering a shuttle, and docking with the Claymore, your job is to fight your way through the vessel, make your way to the bridge, and disable the ship by hitting the hidden Nukebutton.

Easier said than done....the vessel is a huge maze of corridors and doors and even more doors. Many of 'em locked of course. If you're lucky in your choice of paths you may finish the map in less than a hour....
The texturing is quite good for the most part. Lighting/shading is weak but present. The lack of ambiant sounds is a pitty since it would have given some life to the journey.
Expect lots of alien presence and fights in narrow places.
All weapons are available as you proceed and ammo/healing items are scattered about the level.
Try to pass this one within a hour... 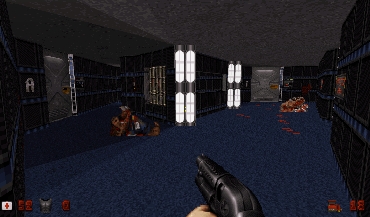 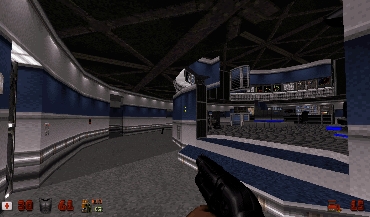 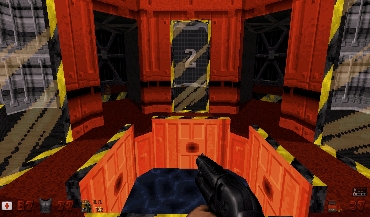 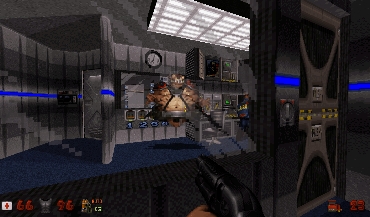