An industrial styled facility.
Design is pretty simple with large open rooms and the minimal construction and detailing. The lighting and shading are pretty solid, but the general atmosphere doesn't mesh. It seems odd that a base is mainly a club. Those EDF guys have it good.

Game play is a key card hunt.
The typical scenario involves exploring down one branch of corridors and rooms then backtracking to where the lock is.
Combat is pretty tough at first as Duke has to face a number of tough aliens simultaneously with nothing but a pistol. A few weapons later and things settle down a bit into a more typical face to face shoot outs. 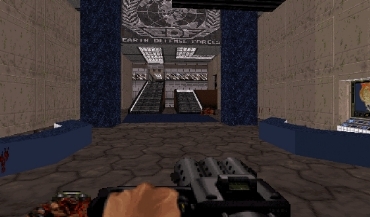 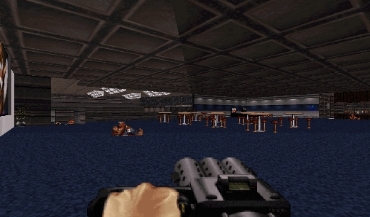 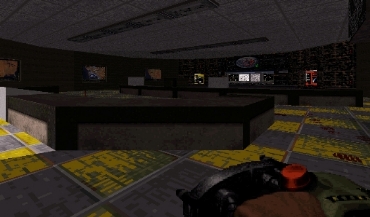 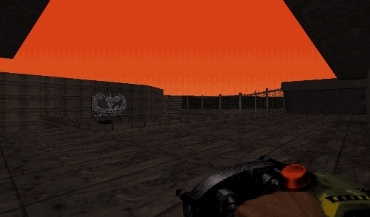 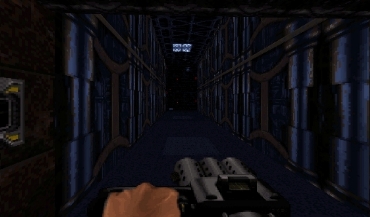 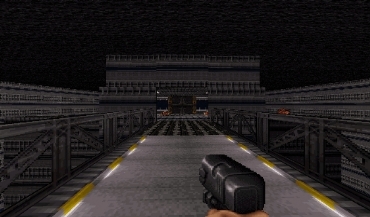