A ship port and dry-dock with warehouses and storage facilities.
It's a nice open map with good construction techniques and strong shading. There are crates, containers, and barrels all over the place, an unloading crane, a lighthouse, an underwater section, and all kinds of staircases and terraces to give a realistic and immersive environment. Sounds, some lighting effects, and wall cracks in various locations also enhance the ambiance and interactivity.
The player can pretty much go where they please short of a couple locked structures. Even the blue locked building has a destructible wall that can be used for entry instead of using the key. Normally this would detract from the progress, but that's not the case in this instance since it takes about the same amount of exploring to find explosives as it does to find the blue card. It comes down to being given the option on which way to enter the structure and random happenstance on which item is discovered first.

Game play is key cards.
There's only two needed to finish the level and they're not hard to find.
The challenge in the level lies in exploring to find supplies and fight off the aliens. They're not overwhelming in numbers, but they are very well placed, and along with some nicely implemented respawns, give a fairly constant flow to the fire-fights.
There's a good amount of weapons, ammunition, and supplies scattered throughout the map tipping the balance a little in Duke's favor, but it gives the player the opportunity to fight a running battle if they choose that tactic. 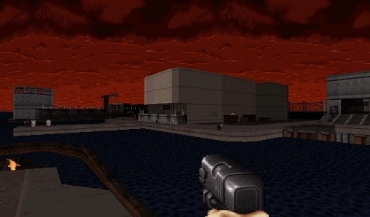 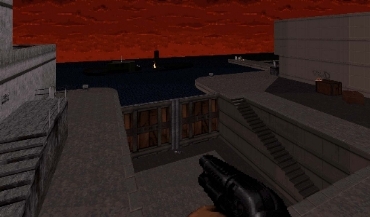 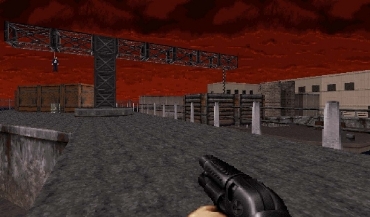 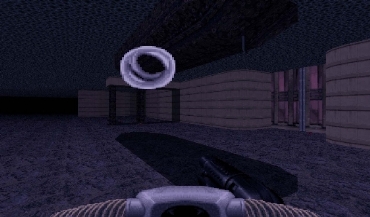 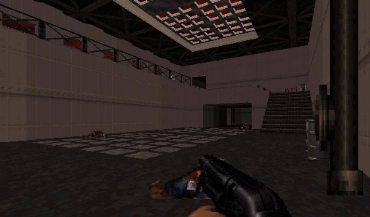 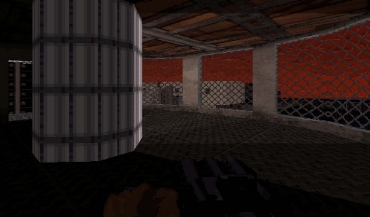