A half-submerged house with an alien lab in the basement.
Environmentally and design-wise the map is hit and miss. There are some nice areas with good detailing and shading, but some of the texture choices are downright horrible.
The layout and game play can be confusing as well. There are lots of loops and interconnections so it can be difficult to get around until the floorplan is explored thoroughly, and even then finding certain locations isn't a given. There are multiple points to submerge and re-emerge from the underwater sections, and it can be easy pass right on by and not notice them.

Game play can be confusing and frustrating as well. Aside from navigating through the semi-maze, the player has to deal with multiple ambushes and figuring out the puzzles. A view screen is provided to let the player know what to do to get the keys, but only two solutions are obvious if the message has been read.
Two of the keys are hidden in safes. With the red card the player has to spot the wall crack that's almost nothing more than a speck. The blue key is acquired when the wall blows up next to it, but the safe location and the solution have no obvious connection unless the clue has been observed. The yellow card requires the player to fit a pipebomb down a hole that's barely bigger than the pipebomb itself. Figuring out the right angle, stance, and distance can be annoying.
Overall it's a nice concept, but observational awareness is a must or passages and puzzle solutions may be a source of undue frustration. 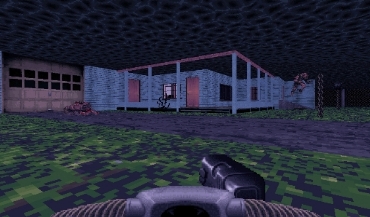 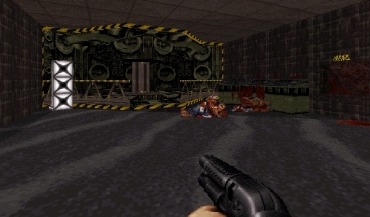 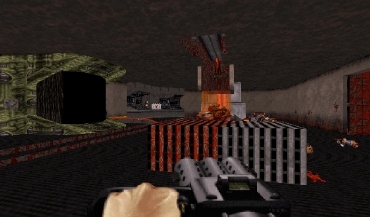 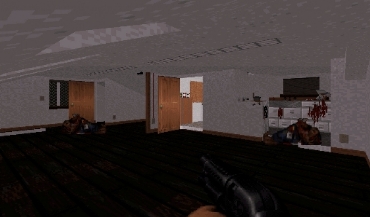 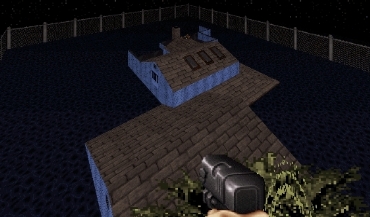 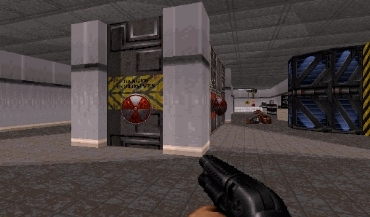